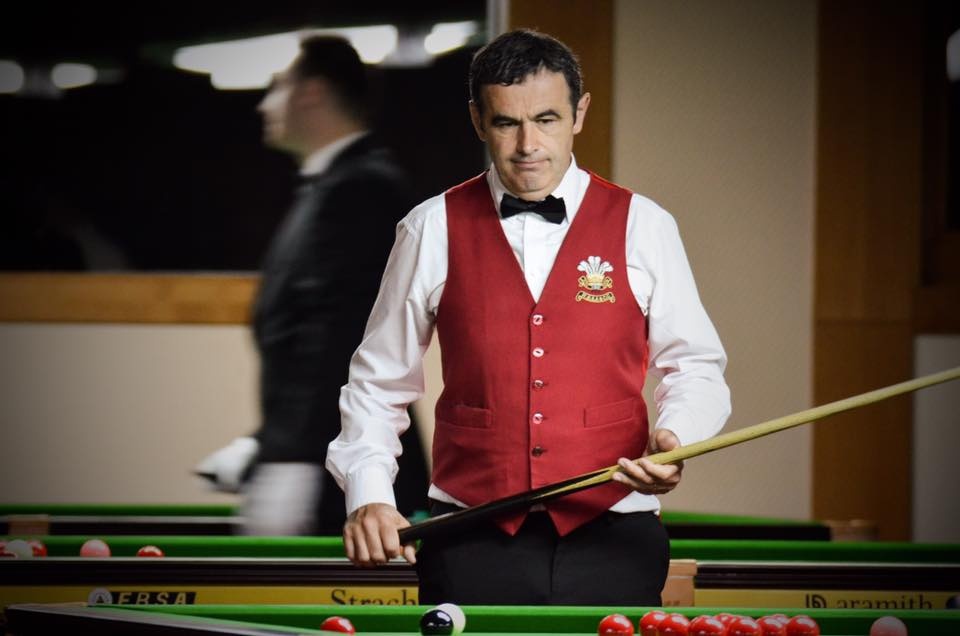 As the matches continue – five sessions a day, 15 table – yes, that means 75 a day in round-robin stage – the clouds disappear from the horizon about who might go through to Last 33 in Masters competition of the 2015 European Snooker Championships that will end next June 13th in Prague.

The 65 players, split by 10 groups of six and on with only five players – first three go through to Last 33 and the knock-out stage – have been defining this first five days their positioning in the grid for the European crown between for men aged 40 minimum. And 24 of them seem more than ok to get their visa for next stage, with one or two matches to go. The number of wins is decisive, and frame difference is the following way to decide who goes through, in case of a tie.

In Group A, pictured Elfed Evans (Wales, +12 in frame difference) and Yakov Shaashuashvili (Israel, +10) are more than confortable. But Jiri Aust (Austria, 0) and Marc Choullier (France, -4) can still dream about being in next stage.

Colin Bingham (England) has been promenading in Group C (+11), where Peter Varga (Hungary, +6) seems also has to has done his homework in advance, like Juha Lehto (Finland, +4) and Asgeir Gudbjartsson (Iceland, +3).

Impressive performances from former world number eight Darren Morgan (Wales, +12) and Darren Ellis (Scotland,+8) worth them also a ticket to next stage miles away from Group D matches are over, with Piotr Murat (Poland, +1) still having his hopes to be in Last 33.

In Group L, Alain Vandersteen (Belgium, +5), Barry Campbell (Scotland, +4) and Stephane Ochoiski (France, +3) are away by far and will be a surprise if anyone of them don’t makes it to Last 33. Likewise, Group K shows a nice future in the event still to come for Tom O’Driscoll (Ireland, +4), Jani Kananen (Finland, +4) and Michael Heegen (Germany, +3).

It’s good to remind that the 33th and the 32th of the ranking will have to play each other, to define who goes through the 16 matches of Last 32 knock-out stage.