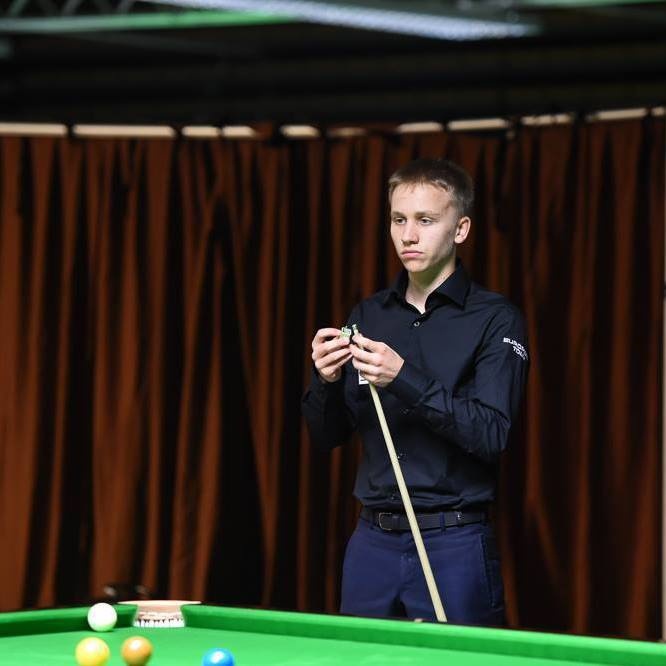 In the fifth day of competition on this 2015 European Snooker Championships, thing start to warm up in the race for a place at the first knock-out stage, Last 64. A total of 43 players in Men’s event already booked his place – or almost, unless an earthquake shales Prague…- in next phase, and the other 62 still struggle for the 21 available.

In Group A, Kristján Helgason (Iceland), Marcin Nitsche (Poland) and Antonis Poullos (Cyprus) are in the run, so as Kacper Filipiak (Poland, pictured) in Group B, Michael Collumb (Scotland), Paul Schopf (Austria) and Samuel Thomas (Wales) in Group C. Wins decide who go through, and frame difference comes next to decide, if needed.

In Group G, Antony Parsons (England), Brian Cini (Malta) and Sanjin Kusan (Croatia) show their superiority by far, like John Whitty (England), Sascha Lippe (Germany) and the local Lukas Krenek (Czech Republic) in Group H, with only one or two matches to be played by every single player in this round-robin stage.

The same can be said about Michael Wild (England) and Shachar Ruberg (Israel) in Group P, such as for Cormac McQuillan (Northern Ireland), Mateusz Baranowski (Poland) and Mika Hummelin (Finland) in Group M

Two days to go on phase 1. Gentlemen, place your bets to complete the picture, because in two days, as the croupiers say,  ‘rien ne va plus’.