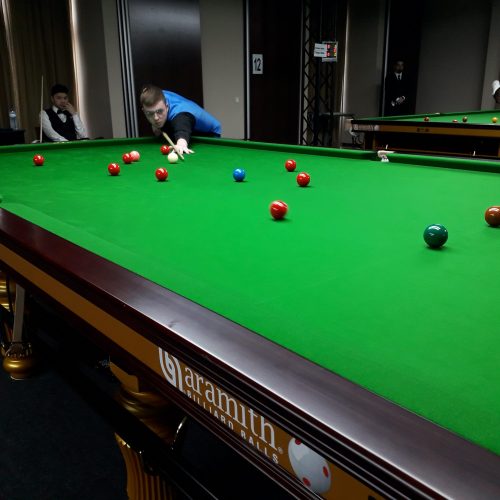 Round-robin matches of the Men/Mixed European Snooker Championships started already at Salgados Palace Hotel Venue with 59 players aiming for the crow on Thursday.

More than 90 matches are on the run, with six sessions for the 15 groups to be played best of 5 Frames. The main prize is the nomination from EBSA to World Snooker to play the main tour for two seasons.

Only the first two from standings in each group qualify for Wednesday knock-out stages Last 30 and Last 16 round. The two best from round-robin in this Tuesday will go straight for Last 16 round matches and all the remaining qualified play Last 30 round tomorrow.

The semis and the Final will be played on Thursday with the decisive clash to be played best of 9 Frames to find Poland the next European king after Poland’s Kacper Filipiak.