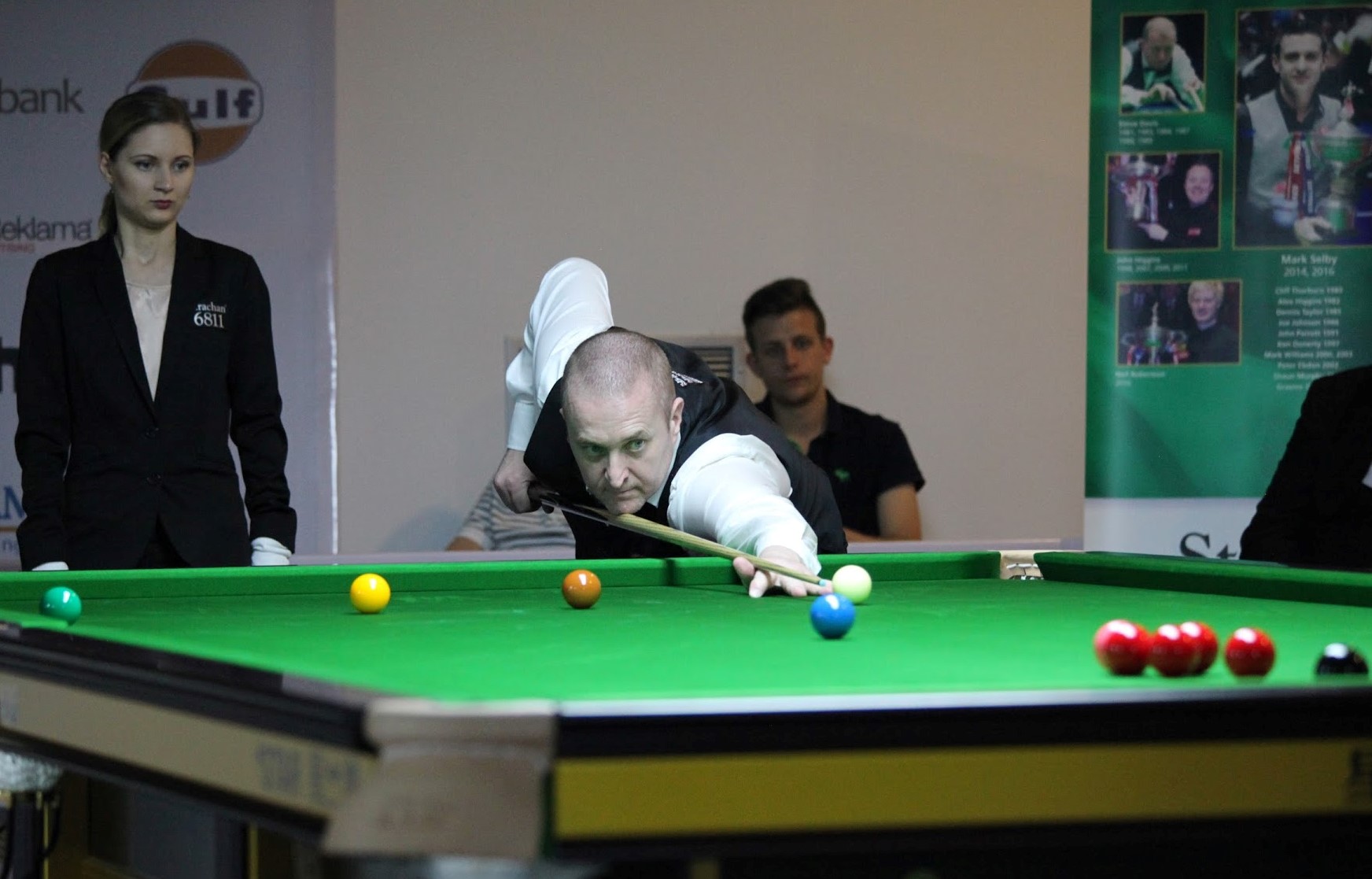 Tyler Rees of Wales was the first player through to the semi-finals as he made short work of his match winning 4 nil against Lee Mc Allister.

Kristjan Helgason continued his good form and dropped just one frame in overcoming Alexis Callewaert to book his place in the last four.

In the fourth match Wayne Brown soon went into a 3-1 lead and looked to be on course to fill the last semi-final place. Marcin Nitschke had other ideas however and pulled back to take the match into a deciding frame. The final frame started off slowly with both players missing chances when amongst the balls. Wayne finally took the initiative to clear up to the pink to book his place in the semi-final as he did last year.