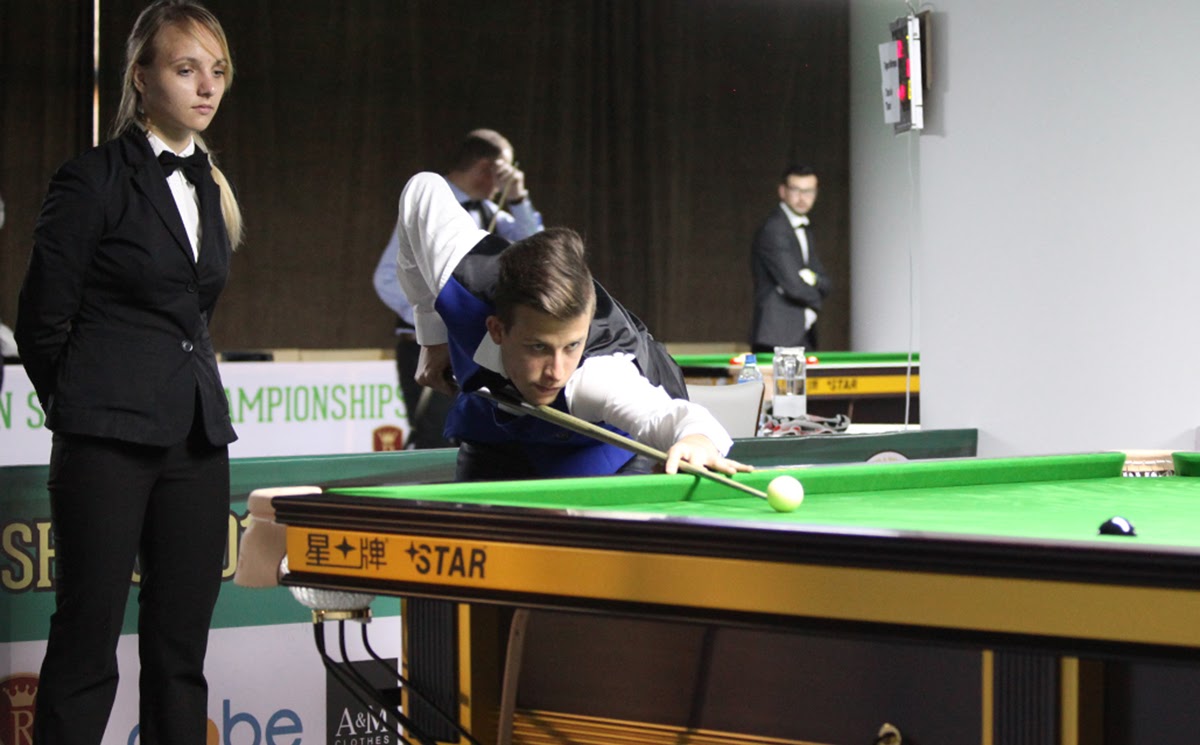 Mateusz Baranowski of Poland lost to Wayne Brown of England in the defence of his title here today. He lost the deciding frame in the last match to finish.  Wayne had come from behind to level the match at 3 each before winning a tense final frame to take himself into the quarter finals again.

Darren Morgan from Wales – the current ibsf 6 reds champion – lost to Kristjan Helgason of Iceland also in the deciding frame this afternoon. Kristjan now meets Alexis Callewaert of France in the quarter final this evening.

The all Wales match between Andrew Pagett and Tyler Rees ended with the young player taking the match by 4 frames to 1 to set up a quarter final against lee mc allister of scotland.

Top seed from the group stages Alex Taubman is the second player from Wales into the quarter finals and he plays Robin Otto of Germany.