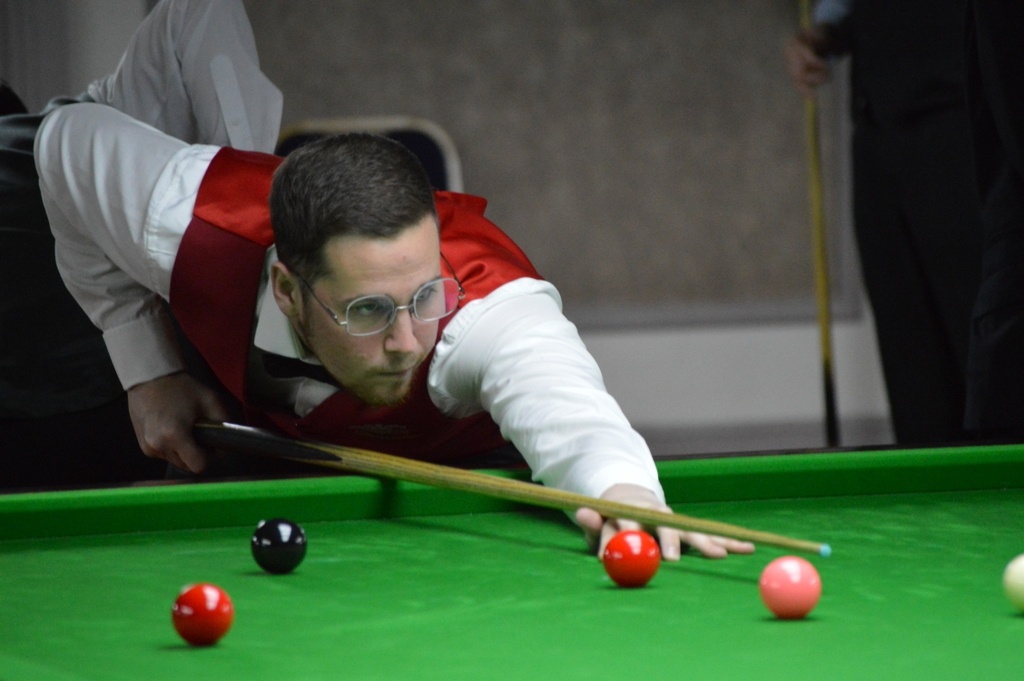 Welshman Gareth Allen was the first to finish here this morning in Sofia with a comfortable 4-0 victory over Lasse Petersen from Denmark.
He now has three wins from three and lies just ahead of Ireland’s Jason Devaney who plays Lasse tomorrow.
In Group G another Welshman Alex Taubman lost the first frame against Ivailo Pekov with the Bulgarian knocking in a 61 break. Taubman took the next three frames with ease and a 57 in the fifth frame sealed the win, his third of the group stages. Taubman will now face Kevin Van Hove tomorrow to see who will top the group.
The only other match in the mens section saw Scotland’s Gary Thompson defeat Kirill Lomakin from Russia 4-0 for his second win from his first two matches in Group K.