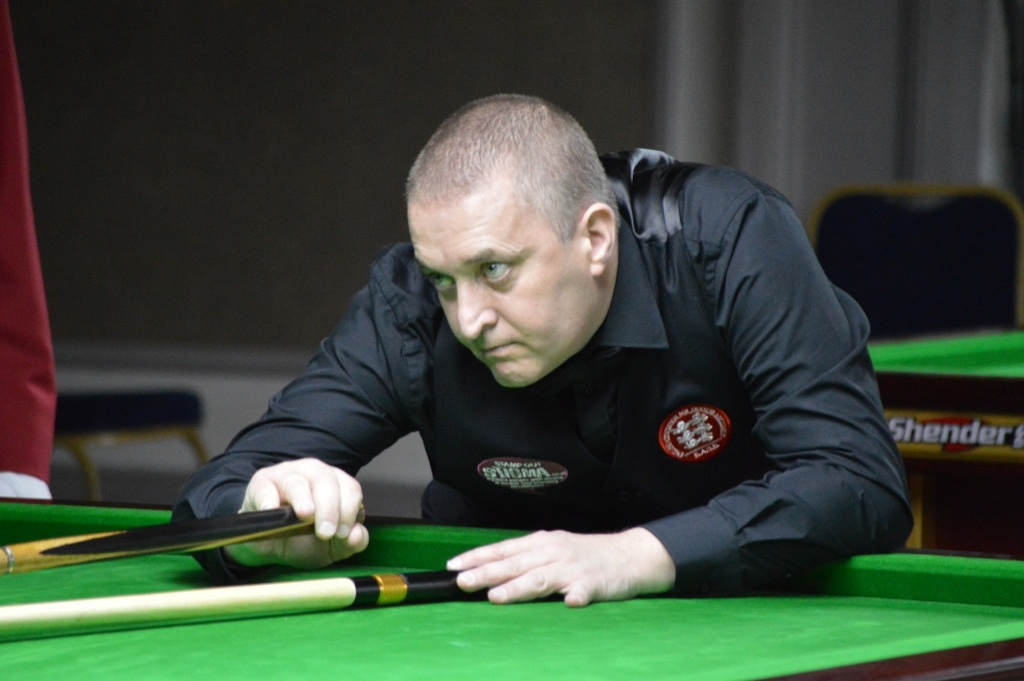 In Group C Wayne Brown from England extended his lead at the top of the Group after a solid 3-0 win over Germany’s Michael Heeger with the help of a 52 break in the first frame.
Brown now has five wins just ahead of Jon Perring from Wales with four from four and the two players face off tomorrow.
Also in Group C this morning Switzerland’s Murat Ayas knocking in a superb 85 break in the first frame of his 3-0 win in which he restricted Israel’s Eyal Drukman to scoring only 27 points.  It was Ayas’s first win of the event and keeps him in with a shout of qualifying with three players now on one win a piece.
The final Group C match finished with Ebrahim Baghi picking up his second win of the group with a 3-1 victory over Jonathan Mabey.
In Group B Ukraine’s Alan Trigg beat Rene Dikstra 3-1 losing his first frame of the tournament despite having breaks of 41, 43 and 45.  Trigg now lies just ahead of John Terry who now has four from four wins and the duo face each other tomorrow to probably decide the group winner.
Also in Group B Tryggvi Erlingsson picked up his second win in the groups with a 3-0 victory over France’s Thierry Thenaisie while Bulgaria also had something to shout about as Luchezar Gergov defeated Austria’s Richard Kornberger 3-2.
In Group F we saw 3-1 wins for Juha Lehto and Mindaugas Maisiejus which were good enough to help the duo to to 3rd and 4th place in the Group.
Finally we had a huge game in Group G between Gavin Lewis and Graham Beardmore and it was Lewis who ran out the winner 3-0 and is now level on wins with the Englishman but one frame better off in frame difference with one match left a piece.