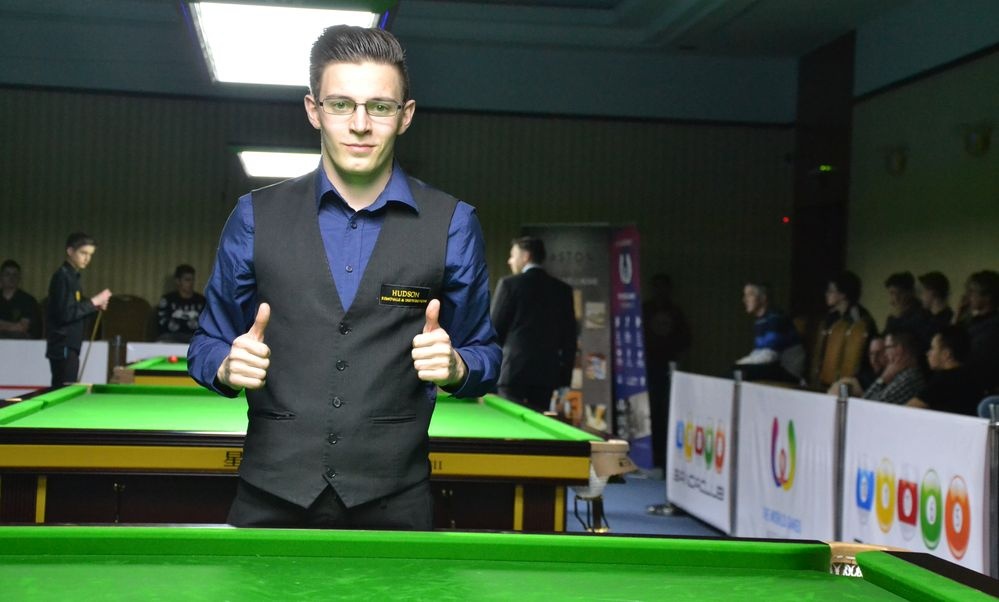 Ashley Carty, 20 years old from Sheffield made a break of 128 on Wednesday night in his match against Neil Vincent (France) and became the new holder of the highest break in 2016 EBSA European Snooker Championships.

«I’m happy and I know that my family is also very proud. I want to be European champion and will fight for it. I have been close before but I know I’ll face good opponents such as Brendan Sargeant, Lukas Kleckers and Kacper Filipiak», he told us.

Carty, a Judd Trump fan, has made already seven maximum breaks (147) in practice and has a 141 in competition. He practices «five or six hours a day» at The Players Lounge and Star Academy, in his own city, worldwide known as the stage of the World Championships since 1977 at the Crucible Theatre.

Just minutes before Carty’s achievement, Rhys Thomas, a meatpacker from Wales who works in temperatures of minus 20 degrees became the second player to make a century with 115 at the Wroclaw event following Brendan Sargeant’s earlier 104.