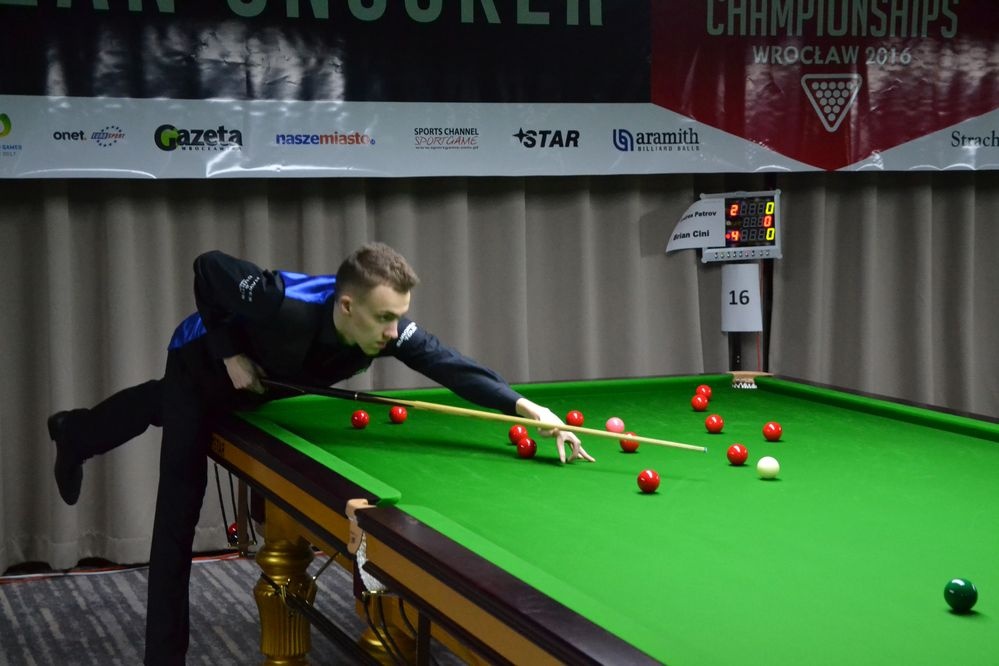 Estonian star Andres Petrov beat Brian Cini (Malta) 4-2 in one of the most fantastic matches so far of in this 2016 EBSA U21 European Snooker Championships.

The mooth-watering clash between Petrov, semifinalist in 2015 EBSA Men’s European championships, in Prague, and Cini, quarterfinalist in the same event, lived up to expectations, with Petrov showing his flair and Cini playing solid match play.

Throughout the night the Polish duel between Kacper Filipiak and Mateusz Baranowski lasted a marathon four hours before Filipiak fell over the winning line to beat Baranowski for the first time in their last five matches.