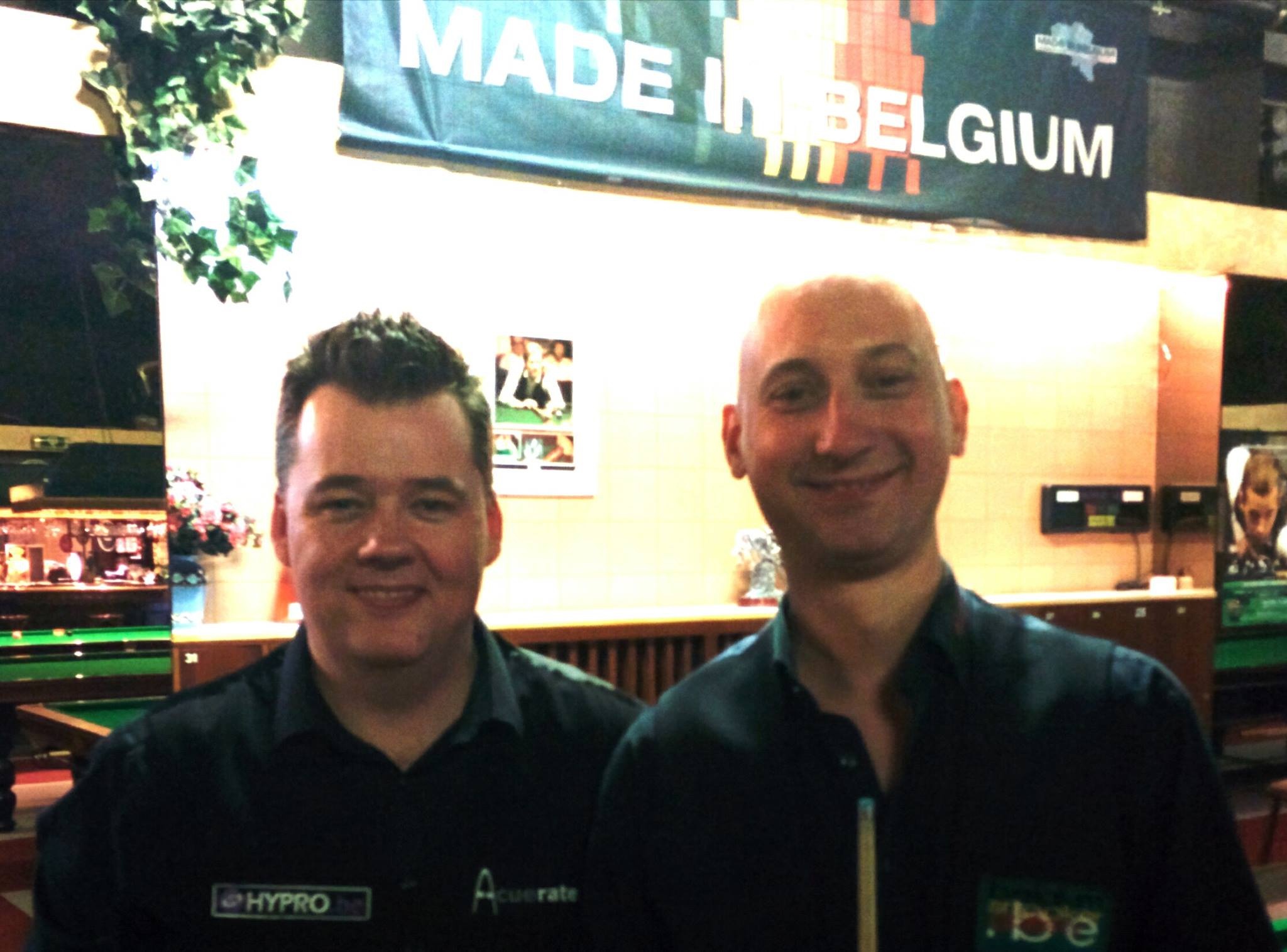 A Belgium duel, between good friends Alain Vandersteen, aged 42, and Yvan Van Velthoven, aged 45 (both pictured together) is reserved for Last 16 2015 European Snooker European Championships round, after the two players from the country managed to beat their opponents in Last 32 matches.

In Last 32 round of matches, also Wales, with Darren Morgan and Elfed Evans, continues to show his power.

The results of Last 32 Masters European Snooker Championships, played this Wednesday afternoon, were as follows:

Here is the grid for Last 16 round of matches, to be played best of seven frames, next Thursday morning June 11th, starting at 10 hours: