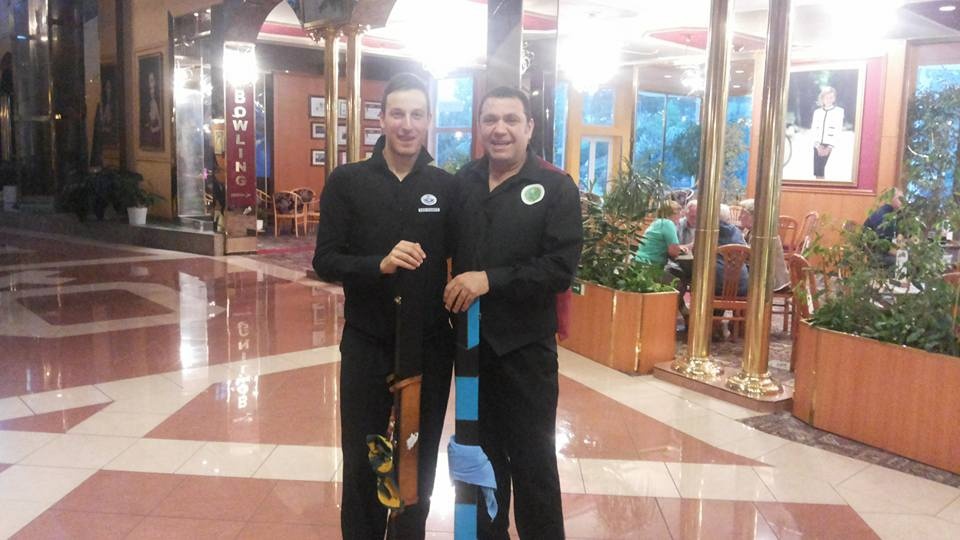 The experienced Jason Peplow, aged 46, quarterfinalist in the first edition of Men European Championships, that took place in Scheveningen (Netherlands), will face his big friend and rising star from maltese snooker Brian Cini, aged 18, in Men European Snooker Championship Last 16 round, to be played in Prague next Thursday June 11th, from 13 hours.

Both players from Malta won their matches of Last 32 round and the draw reserved them to face each other for a place in Friday’s quarterfinals.

In the most expected matches of this Wednesday night, Lukas Kleckers (Germany) beat Adam Stefanów (Poland) in the deciding frame (4-3), repeating what he had done two months ago, in Malta, in the Under-21 European Snooker Championships, when he also won to the polish star (4-2, then).

Also remarkable the win of Schachar Ruberg (Israel) over Greg Casey (Ireland): ‘Sacha’ will now play one of the main favourites, Kacper Filipiak (Poland). A word also to Jamie Rhys Clarke (Wales), who threw out of the competition another hope of Poland, Krysztof Wróbel.

Last 16 Men 2015 European Snooker Championships round will be played Thursday June 11th, from 13 hours, and with the following 16 matches, already played not best of seven frames anymore, like round-robin stage and Last 64 ans Last 32 rounds, but best of nine frames: to be in quarterfinals, on Friday June 12th from 10 hours, players must win now five frames.

Difficulty increases, as the candidates to the crown Mitchell Mann (England) conquered in 2014 present their arguments on the 16 tables available in Prague’s competition.  This are the matches for Last 16 Men European Snooker Championships: