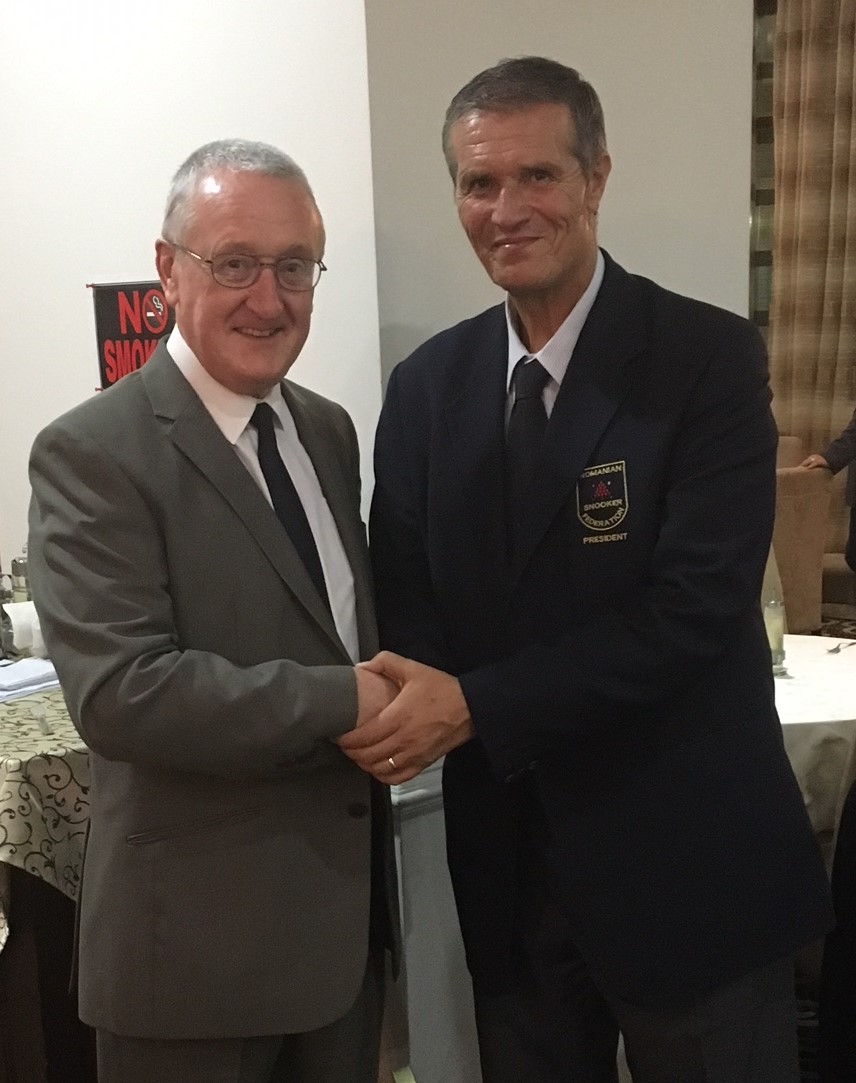 Peter Thomas, Tournament director of this year’s event, also welcomed all players and referees at the meetings that took place just before the official opening ceremony.

Both Francisc Toba and Peter Thomas, celebrated their birthday together on that nice evening.

The Ceremonies were conducted by Simon Smith, EBSA General Secretary togetehr with John Terry, EBSA Treasurer where they thanked all referees and tournament officials who will offciate in this year’s event.

Best wishes to all players.