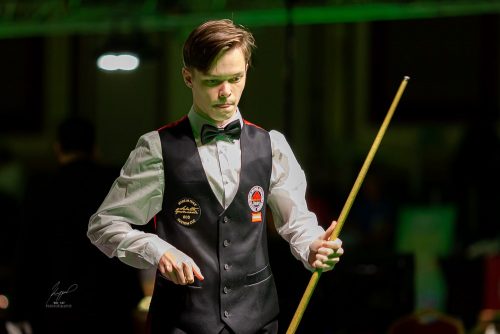 A break of 107 points from the Ukrainian Iulian Boiko and another one of precisely 100 points from the Austrian Florian Nussle were the two first centuries performed this Tuesday afternoon with the 93 players competing in Albufeira’s U21 European Snooker Championships.

Boiko got to the three digits break in Frame 3 of his match with Russian Kirill Zhizduk, that he claimed 3-1 in the end, while Florian made quite an entrance in Frame 1 of his duel with Welshman Bradley Tyson to reach this benchmark on the match he also won 3-1.

U21 tournament is heating fast while the U18 Final is on the run, with 2019 defending champion Aaron Hill, from Ireland, facing Englishman Sean Maddocks, best of 7 Frames.