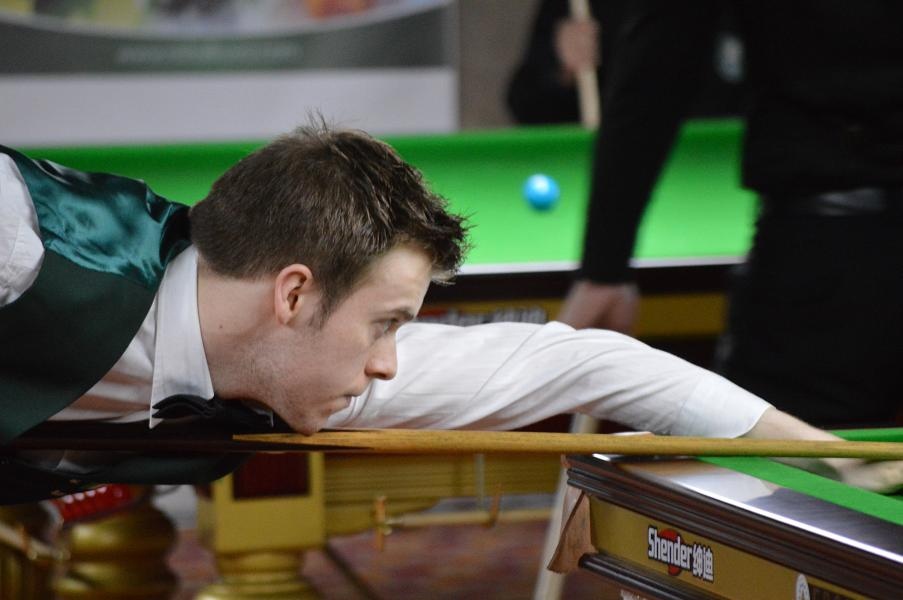 Josh Boileau from Ireland finished top of Group R here tonight after a great 4-2 win over Raymond Fry from Northern Ireland.
Boileau had breaks of 53 and two 60 breaks to take a 3-1 lead before Fry responded with a superb 108 break to get himself back into the match. The Irish youngster however took control of the next frame and ran out a 76-22 winner to top the group.
Poland’s Adam Stefanów finished in 2nd place after he saw off Tobias Friedrichs with the help of a 78 break and Fry takes the No.3 spot in the group. 4th place went to Lukas Krenek from the Czech Republic after he beat Bulgarian Hristo Sirakov 4-1 tonight.
The other big match of the evening was that between Nick Jennings and Robert Carlisle for the top spot in Group P of the mens event.
Jennings started well with a 66 in the first and went to 3-1 before Carlisle staged a comeback winning the next frame on the black and then draw level winning the next frame with ease.
The momentum then flipped back Jennings way as he had a solid 52 break to win 69-16 and take that all important No.1 spot for the knockout draw which will be available from 8pm tonight.
Also in the group Maor Shalom made sure of 3rd spot thanks to a 4-1 win over Demetris Nicolaou which included a 68 break in the first frame. Bulgarian Spasian Spasov then got the 4th qualifying spot thanks to a 4-2 win over Andrey Khudobin.