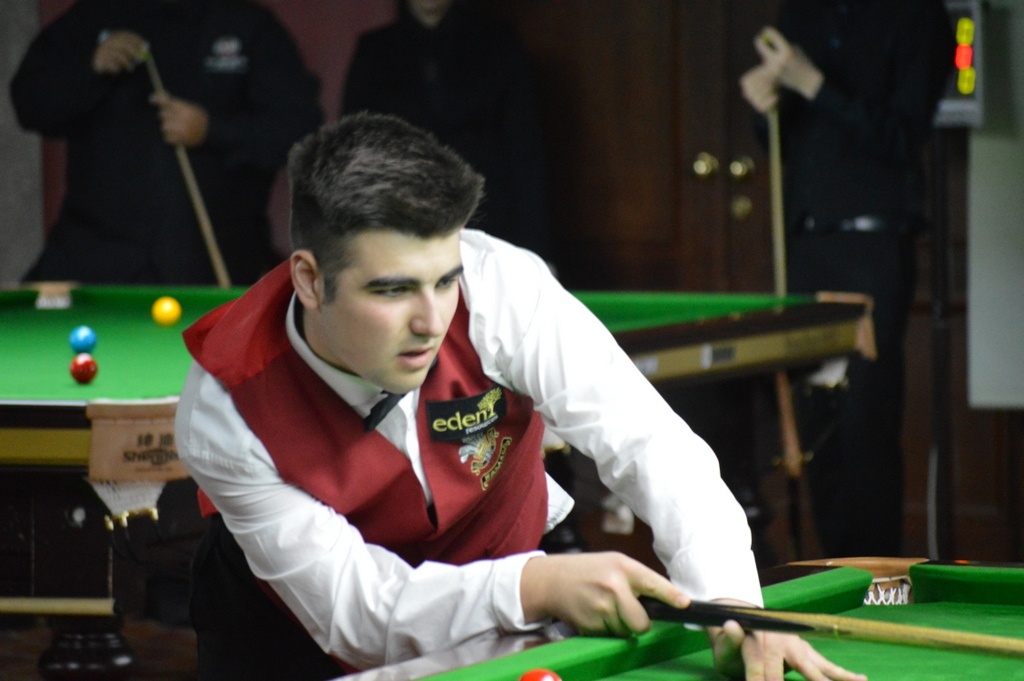 Welsh youngster Jamie Clarke is our No.1 seed after a long week of group stages for the knockout draw of the mens event which gets underway at 10am tomorrow morning. Clarke will face off against Serbian player Sasa Stojanovic in the first session tomorrow morning while his fellow Welsh team mates were not so lucky with the draw as Duane Jones got drawn against his fellow country mate Ben Jones.

Another Welshman and last years finalist will be up against Icelandic player Bernharð Bernharðsson while other noticable matches include an all Finnish Last 64 match between Jani Kananen and Saku Veikkanen. And it doesn’t stop there as Polish players Grzegorz Biernadski and Patryk Masłowski also have the misfortune of having to face each other in the first knocout match.

George Louka and Robert Carlisle will also be an interesting matchup as will the matchup between youngsters Shachar Ruberg and Mateusz Baranowski and finally we have two ex-euro champions facing each other as ex-senior champion Kevin Van Hove has to go up against ex-under-21 champion Kacper Filipiak.

The first session will get underway at 10am with the second session scheduled for 12 noon should that table be available. View the Full Draw