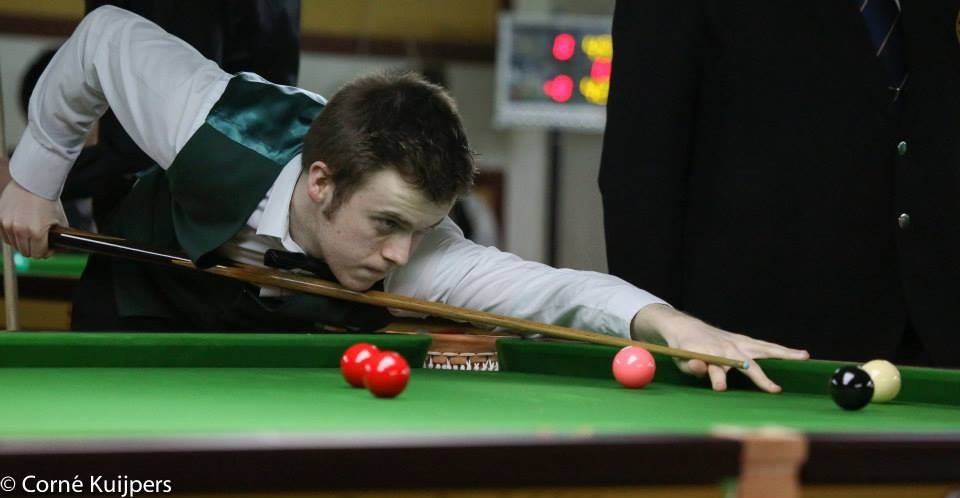 Ireland’s Josh Boileau was the first player through to the quarter finals tomorrow thanks to a quick 4-1 victory over Welshman Tom Rees which included a superb 115 break in the second last frame. He will be joined by his fellow Irishman David Cassidy who saw off the challenge of Joseph Mclaren 4-0.

We will have three English players in the Last 8 as Sanderson Lam defeated Israel’s Shachar Ruberg 4-1. He will be joined by Oliver Lines who won a deciding frame encounter with Rhys Clark after fighting his way back from 3-2 down.

The final Englishman in the line up is Ashley Carty who started slowly in his match going 2-0 down to Darryl Hill but recovered to take the following four frames to book his place in tomorrow’s quarter finals.

Germany are well represented also this year as both Sascha Breuer and Lukas Kleckers progressed. Breuer beat Sam Thomas 4-2 despite Thomas going 2-1 ahead with breaks of 57 and 67.

Kleckers had an easier time of it running out a 4-0 winner against Olli-Pekka Virho.  The German’s will face Ireland tomorrow with Breuer facing Cassidy and Kleckers playing Boileau.

The last player to book his place was Duane Jones who finally overcame Declan Brennan 4-2 and will now face Oliver Lines. Brennan had been through two epic battles today already and nearly made it his third deciding frame match today when at 34 behind with the colours left he got the two snooker’s needed and cleared to the pink.

The pressure showed on the pink however and the resulting miss left Jones the chance to close out the match with an superb pot on the pink.

The quarter finals will start at 10am tomorrow morning.