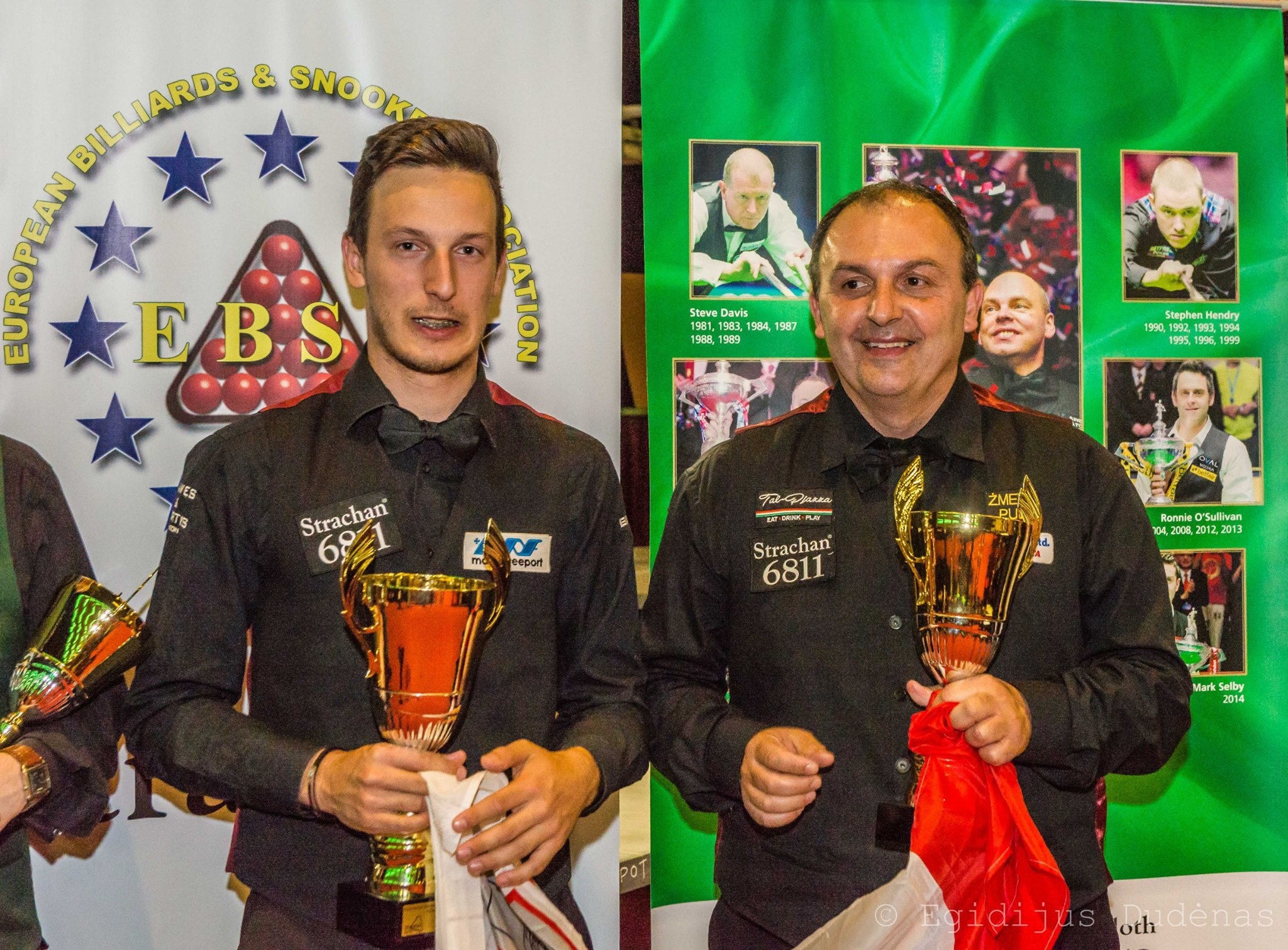 The 2016 EBSA European Team Snooker Championships came to an end on Saturday in Compensa concert hall in Vilnius, with Malta’s Alex Borg and Brian Cini being proclaimed the victors after a healthy exchange against the Irish competitors Brandon O’Donoghue and Ryan Cronin.

The first few frames were split as O’Donoghue crafted a 48 break, while Borg piled in 29 and 31 to seal frame two. The third frame saw a meticulous effort by the Irish bring them the win after completing a 52 break with 6 difficult reds knocked it along the cushion. Borg then proceeded to level the score 2-2, before Cronin beat Cini after a protracted safety exchange. From then on, however, doom was spelt for the Irish as the Maltese scrambled the last three frames to win it 5-3.