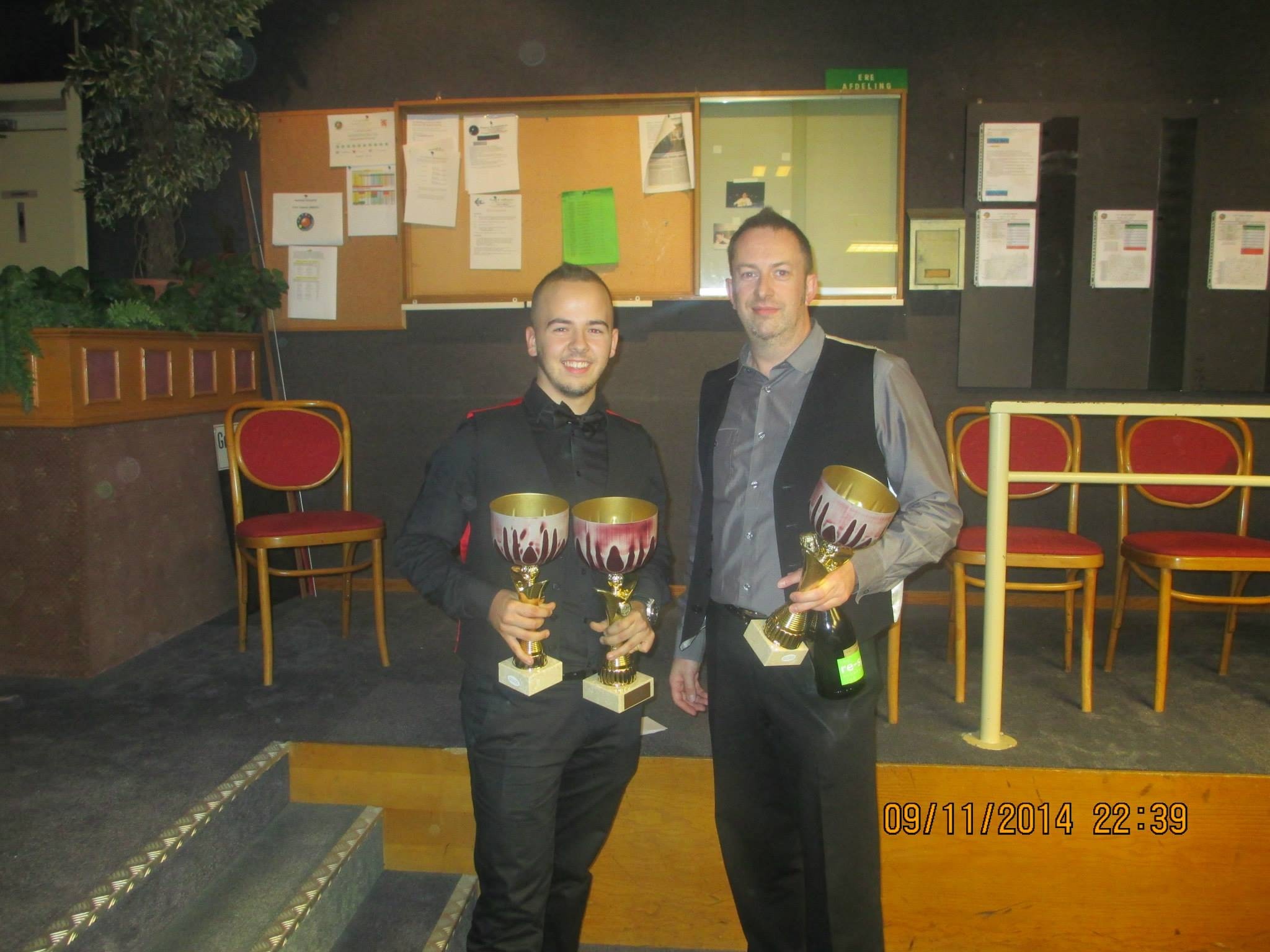 Last weekend the second Belgium Ranking Tournament of the season was played in Re-Spot (Hasselt). The tournament had 139 participants.

In the last 128 Edwin Depoorter immediately set a high target for the high break of the tournament making a 131 in his match against Tom Vanoirbeek. Edwin continued to show his good form by beating Geert Michiels in the last 96 making breaks of 91 and 49 to claim a 3-0 victory. Another interesting name in the last 96 was ex-professional Bjorn Haneveer who immediately showed he still plays high level snooker making a 106 break in his first frame of the tournament against Dirk Lycops.

In the last 32 top seed Kevin Van Hove had no trouble beating Gert Kempenaers 3-0. Kevin made breaks of 108, 62 and 98. Seed nr 2 Jurian Heusdens faced Jos Voets. Jos won the first and Jurian then showed his character by winning the next 3 frames and finished in style with a 101 break in frame 4. Breaks of 64, 46, 30 and 30 gave Tomasz Skalski (S3) a 3-1 victory against Fabrice Feyten and Jurgen Van Roy (S4) was defeated 3-2 by Kristof De Bruyn.

The last 16 the match between former European Champions Kevin Van Hove and Bjorn Haneveer was one to look forward to. Despite a break of 44 from Kevin it was Bjorn who took the first frame after making a 66 break. Kevin then made a break of 61 in the second frame to level the score. In frame 3 Bjorn made a break of 32 but Kevin replied with a 66 to take a 2-1 lead. Kevin started in frame 4 with a 51 break but Bjorn fought back with a break of 60 to pull off a decider. In the last frame both players made a 30+ break but at the end it was Bjorn who came out as the victor and sealed his quarter final spot. Youngster Sebastiaan Vermeylen proved his good form of the previous tournament by winning his seventh match in a row this tournament beating the much more experienced Nick Vanhee with 3-2. Nick took a 2-0 lead making a break of 103 in the first before Sebastiaan took the next 3 frames with a top break of 79 to claim his quarter final spot. Alain Vandersteen (S15) came out as the victor in a tough match against Jurian Heusdens with a 3-2 win. A 46 break gave Alain a 1-0 lead before Jurian made a 78 break to level the score. In the third frame Alain took the lead again making a break of 50. A 30 break seemed enough for Jurian to make it 2-2 before Alain finished the match making a great 74 break.

In the quarter finals the match between Yvan Van Velthoven (S9) and Bjorn Haneveer, who won 10 national men titles together, was a real classic. Breaks of 57, 49, 40 and 39 proved to be enough for Yvan win the match 4-1. Seed nr 5 Peter Bullen booked his semi final spot after a 4-2 win against Tim Van Goubergen.  Tim started with a 44 break in frame 1 but it was Peter who took a 2-0 lead after making a 39 and 36. Then Tim fought back and made it 2-2 making breaks of 56 and 49. Peter made a 62 break to win frame 5 before he finished the match winning frame 6. Luca Brecel ended Sebastiaan Vermeylen’s good run beating him 4-2 making breaks of 84, 67 and 45 and breaks of 56 and 39 proved to be enough for Steve Lemmens to beat Alain Vandersteen 4-0. 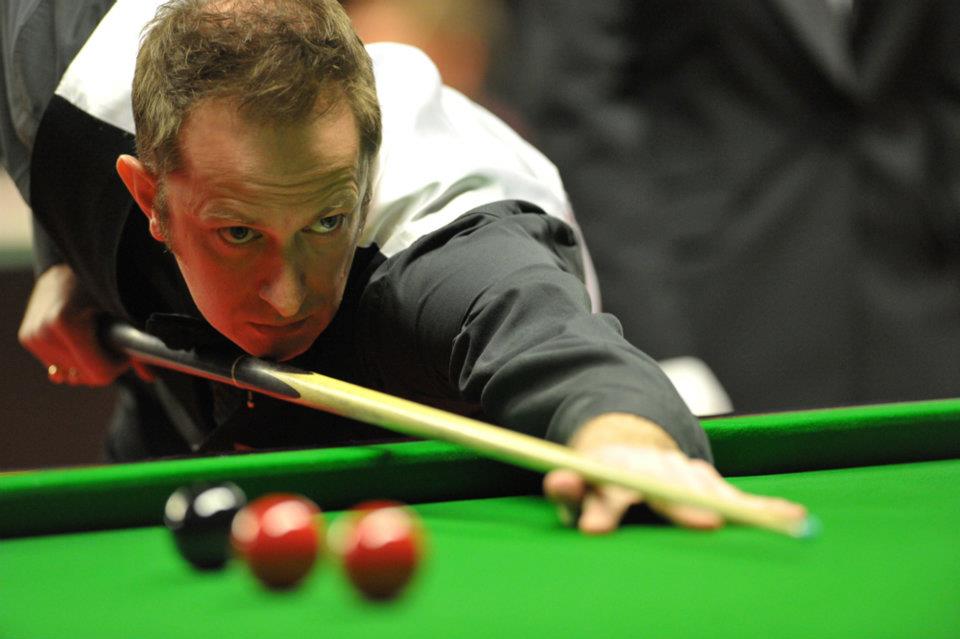 In the semis- finals main tour player Luca Brecel showed his superior form by winning 4-2 against Steve Lemmens.  A break of 48 gave Steve a 1-0 lead before Luca took the next 2 with a 48 in the third to go 2-1 up. Luca then started with a break of 57 but it was Steve who took frame 4 countering with a break of 45. In the fifth frame Luca made an amazing 142 clearance before he made a solid break of 80 to claim his final spot.

In the other semi-final Peter Bullen won the first frame making a 39 break against reigning Belgium Master Champion Yvan Van Velthoven. Yvan then won the second frame after making a 100 break in the third to go 2-1 in front. Peter pulled back making a 52 in frame 4 to go 2-2. The next 2 frames where shared to get the match to a decider. Peter proved to be the better to go on to his second final in a row.

In the final Peter Bullen met main tour player Luca Brecel. The first 3 frames were a one sided affair with Luca racing into a 3-0 lead. In the fourth frame Peter had a chance to pull back a frame but Luca made a 53 break after Peters 40 break and stole the frame by 2 points. The fifth frame was a low scoring frame but Luca showed his superiority and ran out a 5 to 0 winner.

Brecel had a maximum break to claim the high break prize.

All match results can be found on the following link : http://www.bbsa-snooker.be/nl/tornooien/resultaten/238/br-belgium-ranking-2