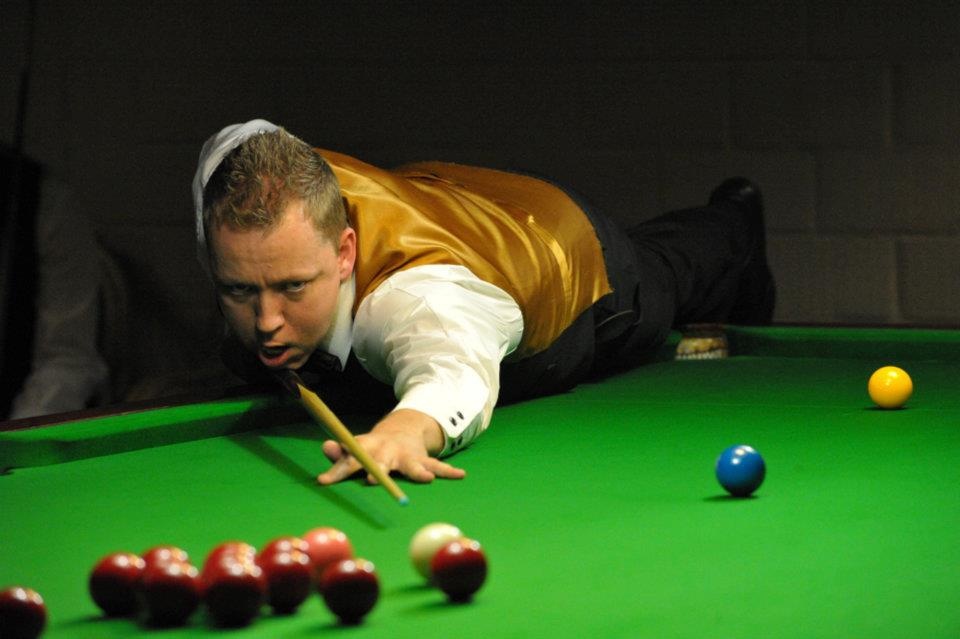 Last weekend the first Belgium Ranking Tournament of the season attracted 122 participants which was played in Trianon (Kontich) and Buckingham (Mol).  The surprise of the tournament was the 3-0 defeat of number 1 seed Jurian Heusdens to Eddy Kver from the Riley Inn Club in Limburg.
In the last 32 stage former IBSF runner up Steve Lemmens won his first game 3-1 against Peter De Vuyst. Steve started with a break of 38 in the first frame before Peter countered with a 38 break to clinch the frame. Steve then won the next 3 frames with breaks of 52, 67 and 114 to claim the match. Former Belgian under 21 champion Kristof Vermeiren displayed great form winning his 7th match of the day beating David Mens (s14) 3-1 to claim his place in the last 16.
Breaks of 54, 52 and 37 gave Tom De Wit (s6) a 3-0 victory against Michel Groessens.  Martijn Hamblok had a good 3-2 win over Luc Heirewegh (s7). Alain Vandersteen stopped youngster Sebastiaan Vermeylen’s winning streak,  Sebastiaan won 5 matches to get to this stage,  but the  experienced former Belgian masters’ champion Vandersteen won 3-0 making breaks of 48 and 40.
Kevin van Hove (s2) won his first match against Tan Wang Chooi 3-0 making a top break of 75 in frame 2.
In the last 16, reigning Belgian master champion Yvan Van Velthoven (s16) booked his quarter final place, easily beating Eddy Kver 3-0. Yvan made breaks of 39, 40 and 53.
Steve Lemmens (s9) vs Mario Van Herk (s8) proved to be an interesting game. A break of 40 was enough for Steve to win the first frame before Mario made breaks of 38 and 68 to go 2-1 in front. In the fourth frame Steve started with a 32 break before Mario made a 51 break to win the frame and the match 3-1. Laurens De Staelen (s13) had a good result winning 3-1 against Jurgen Van Roy (s4). Jurgen won the first frame making a break of 40 before Laurens won the next 3 making breaks of 51 and 41. Tomasz Skalski ended Kristof Vermeiren’s good run beating him 3-1 making a top break of a 104 in frame 2.
In the quarter finals breaks of 46, 54 and 43 gave Yvan Van Velthoven a 4-0 win against Mario Van Herk.  Former Belgian Champion Peter Bullen (s5) booked his semi final spot with a 4-1 win against Laurens De Staelen. Peter made breaks of 37, 43 and 54. Tomasz Skalski beat Steve Lambrechts (s11) 4-1 and Kevin van Hove took the last semi final spot after a 4-1 win against Chris T’Syen making breaks of 53, 52 and 46.
In the semis- finals Peter Bullen showed his superior form by winning 4-2 against Yvan Van Velthoven.  Peter went into the 6th frame with a 3-2 lead and then compiled a 75 to secure the match and progress to the final.
In the other semi-final Kevin Van Hove had a superb start winning the first 3 frames against Tomasz Skalski making breaks of 52, 59 and 59. Tomasz fought back in the fourth frame to reduce his deficit to 3-1 before Kevin won frame 5 to win the match 4-1.
In a very close and exciting final, Peter Bullen faced former European Champion Kevin Van Hove.  Peter opened with a break of 41 before Kevin replied with a break of 47 to make it 1-0. In the second frame Kevin extended his lead to 2-0 after making a break of 61. In the third frame Peter delivered a 56 break before he levelled the match at the interval also winning the fourth. Peter nudged ahead by taking frame 5 before Kevin again levelled the scores to make it 3-3. Peter won frame 7 before Kevin made a break of 90 to force the match into a decider.  Kevin delivered a 51 break to win the final 5-4.
High break of the tournament was compiled by Steve Lemmens with a 114 against Peter De Vuyst in the last 32 stage.
If this premier tournament of the season is to give us a glimpse into the season ahead, subsequent tournaments promise an exciting year.
All match results can be found on the following link : http://www.vsf-brabant.be/nl/tornooien/resultaten/237/br-belgium-ranking-1