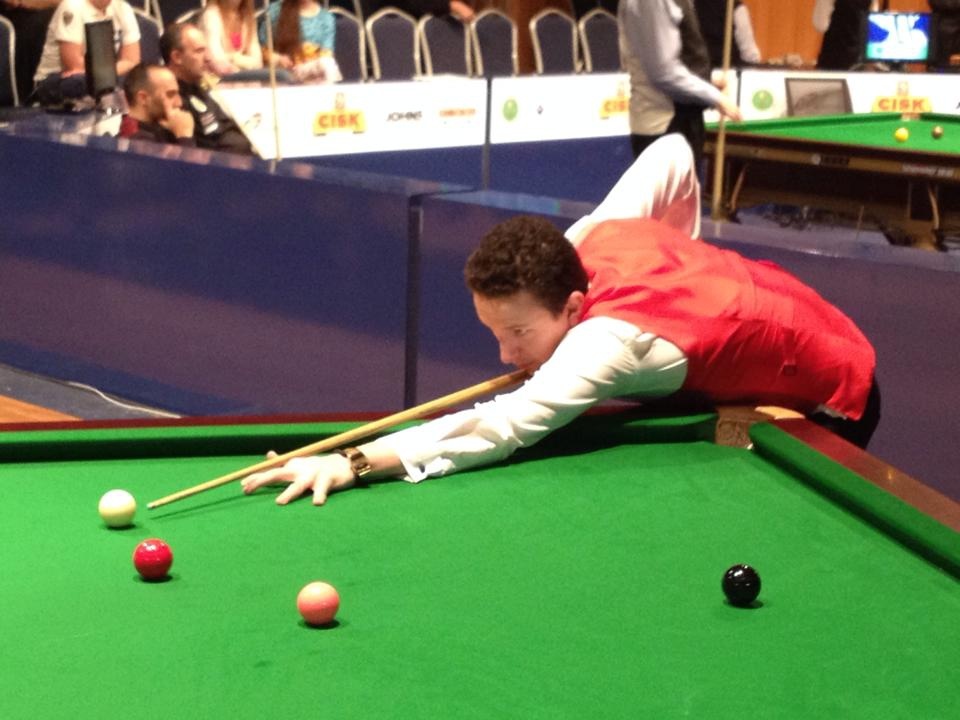 The European Team Champions Duncan Bazzina/Alex Borg (Team Malta1) got this Saturday morning the proof they’ll have it much harder to conquer the main title again. Maltese heroes were beaten (2-3) by Team Scotland2, quite an achievement for Craig MacGilivray and Paul McPhillips.

However, as the first four of all teams from the six groups (six teams each) in Men’s competition  go through to next stage, it will be a mistake to underestimate the kings crowned in Romania-2014, especially playing at their own country.

Still in Group C, all the lights on Alex Taubman: after polish Kamil Zubrzycki got the first (and only) century on Friday, first day of Teams event (135 points, still best one so far), welsh player closed marvelously the match of Wales2  (Taubman plays with Sam Thomas) against Poland 4 (5-0), with exactly 100 points, and still missing the green from its spot.