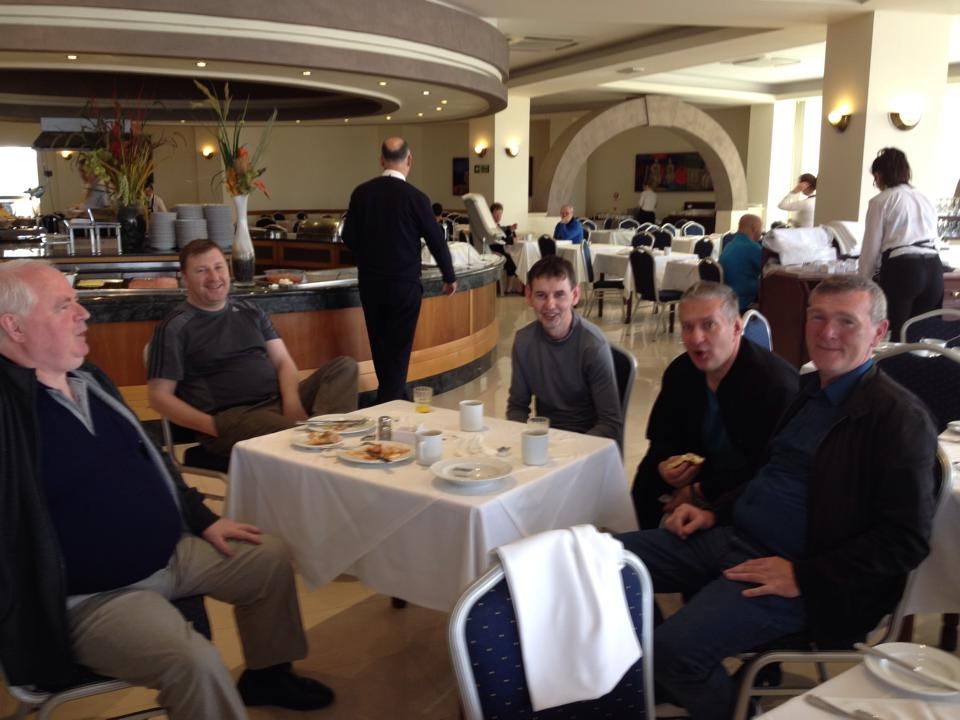 Land of good whisky and outstanding beer, besides os snooker world champions like Ken Doherty, Ireland is betting strong in the Men’s and Masters’ European Snooker Teams Championship that take place at the Dolmen Resort Hotel, in Malta.

Anthony Bonnar, former European Champion in 2013 (tournament in Bor, Serbia) is in the engineering business but still in shape. «I still kick and can help the boys get to achieve something great. I’m in top form and it’s still an honor do defend my countries honor», told us Anthony Bonnar.

Another name all snooker fans will immediately recognize its Peter Donegan. «I stopped playing snooker 21 years ago, but now I came back because I still love this game and have a role to play for Ireland and in the sport», said Donegan, who met his old friend and local star Tony Drago at breakfast and remembered the good old days.

«There’s no limit of age to play snooker. If you remember Fred Davis playing a semifinal in the World Championships with 68 years, in the Crucible, facing Ray Reardon, that explains it all. We love this game. Gave us discipline, a lot of friends and discipline for lige», says Peter Donegan.

The main rivals are spotted at long range by the irish players. «Scottish and welsh are always dangerous, besides the maltese, like Tony [Drago] and Brian [Cini] or Alex Borg with Duncan [Bezzina]. But we aim for the win, yes», concluded Donegan. Never underestimate any opponent, but especially the old ones, it’s the lesson to learn from it.