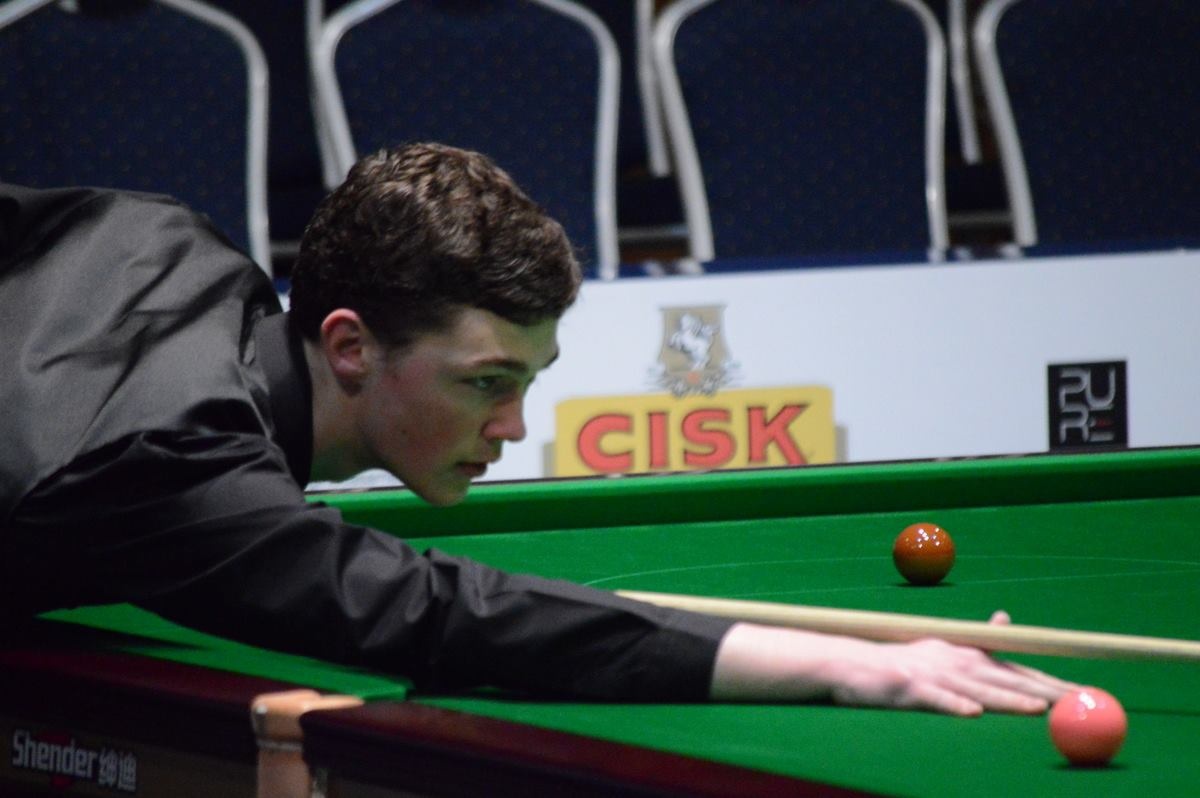 Scottish Rhys Clark confirmed this Tuesday night his condition of number one seeded, beating polish Kacper Filipiak, other one  of major favourites to become next U21 European Snooker Champion, in the decider (4-3), to advance for Last 16 round, Wednesday morning, at the Dolmen Resolt Hotel, in Malta.

«It was upset Filipiak wasn’t playing with his own cue, because ot lost luggage in the airports did not arrive, but I’m happy. He’s a very good player, it was a battle, but after this match I think I can aim for the big picture and fulfill my dream of becoming next European champion», told us the 20 years old ace, who, like the reporter Clark Kent in fiction, turns out to reveal himself as SuperMan.

Glory to the winner of the day, but all honor to the defeated ones: Kacper Filipiak has been playing for four days with his friend Adam Stepanów’s cue. He’s out, in the Tuesday that the runner-up from 2014, irish Josh Boileau, also said goodbye to the competition, and local star Brian Cini confirmed being one of the most serious candidates to give another big joy to this country in the middle of the Mediterraneum.

Last 16 round matches will all start Wednesday at 10 o’clock local time (best of seven frames). Quarterfinals will take place with the winners from the morning playing best of nine frames (from 5-0 to possible 5-4) from 14 hours (13 hours in the UK), and semifinals will start at the beginning of the evening (18 hours and 19 hours), best of nine frames.

The next European champion will come out of the final scheduled for next Thursday, starting at 14 hours (best of 11 frames, from 6-0 to possible 6-5).

Results of the day/ Last 32 round of matches: