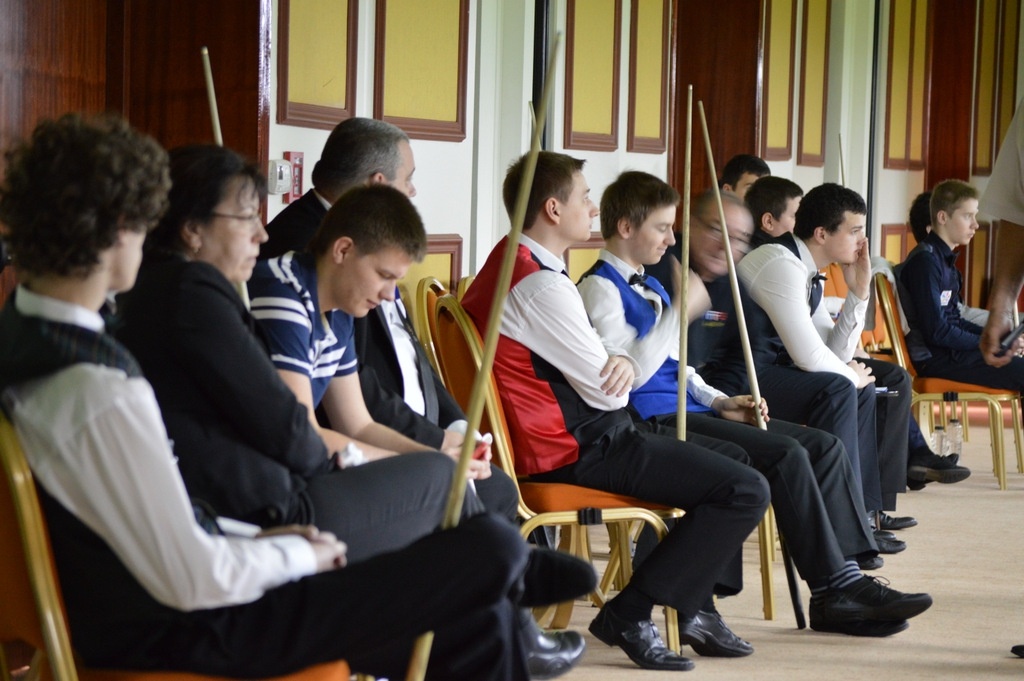 Day two is is full flow and the first session saw the biggest upset in the tournament to date with the Belgian player Jan Corten defeating Scotland’s Dylan Craig 3-2 to put him back in contention for a top four spot.

Jan had lost his first match to Romania’s Vladu Mihai yesterday and Vladu continued his good form today beating Israel’s Shachar Davidovitch 3-0 to put him in a good position leading the group from Welshman Tom Rees.

Elsewhere we saw Ireland’s Ryan Cronin notch up his third win of the event when he saw off Patrik Sedlak 3-0 this morning with a top run of 60 in the first frame. We also had a good morning for Poland as both Mateusz Baranowski and Grzegorz Biernadski had good 3-0 wins with Grzegorz knocking in breaks of  67 and 50 in his win over Ivailo Pekov from Bulgaria.

Scotland’s Lee Mein however had better luck than his compatriot Dyan Craig as he recorded a 3-1 victory over Russia’s Nikolay Krivda finishing the match with breaks of 96 and 74.