The Shoot-Out Final final was played between Darren and Tom Zimmermann (Switzerland) who realised a fantastic achievement in that event. 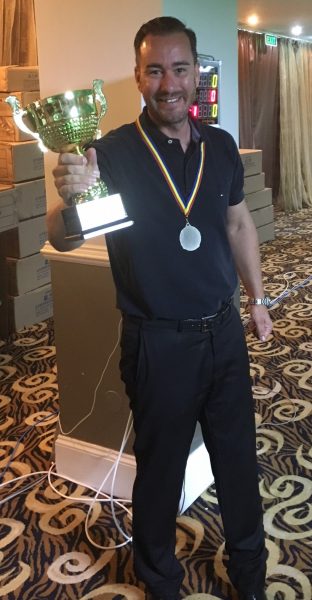 EBSA General secretary, Simon Smith said: We could feel a very exciting atmosphere at the venue during the competition with a lot of spectators watching the games.  The players appreciated the competition and asked if this could be added to the EBSA program of events for next year. 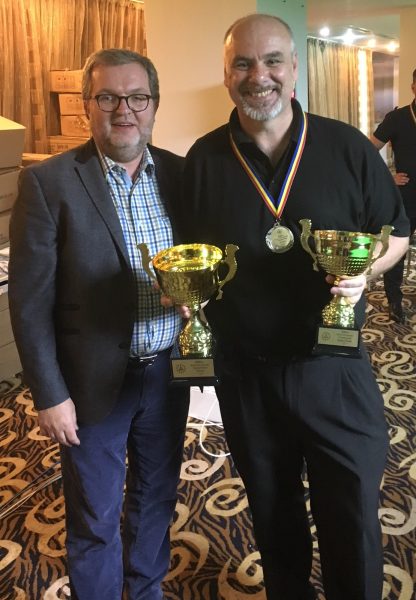 Thanks to all the players who entered the Shoot-Out and to the referees and officials who worked hard to make it happen especially to Dariusz Goral who created a special program in a very short time to manage the competition. 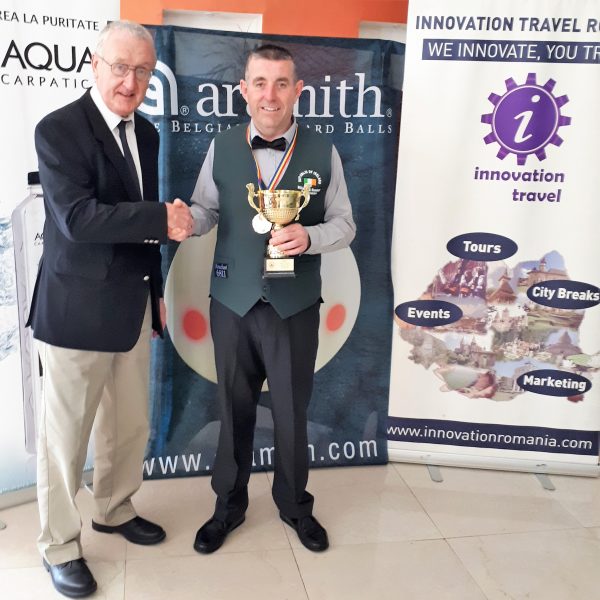 The trophy was presented to Darren by Jason Francis (World Seniors) who travel specially to Bucharets to offer a place to the winner of that event to play in the World Seniors events, and the opportunity to compete against some of the sport’s greatest names. 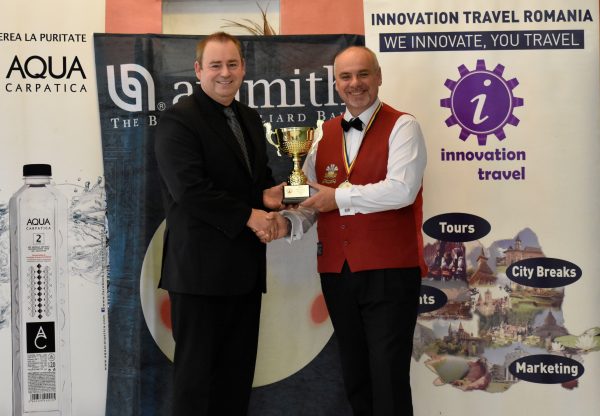