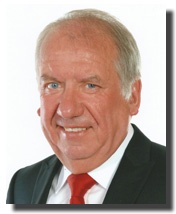 The EBSA held its Annual General Meeting last night (Wednesday 27th June) at Mirage Hotel, Bucharest.  29 countries were present at the meeting, along with EBSA Board Members.

The EBSA provided reports on the work of the Association over the last twelve months, and presented the financial statements for approval.  A number of topics were discussed and agreed during the meeting.

Most notable John Terry (Wales) was unanimously re-elected as EBSA Treasurer for a further term of four years.