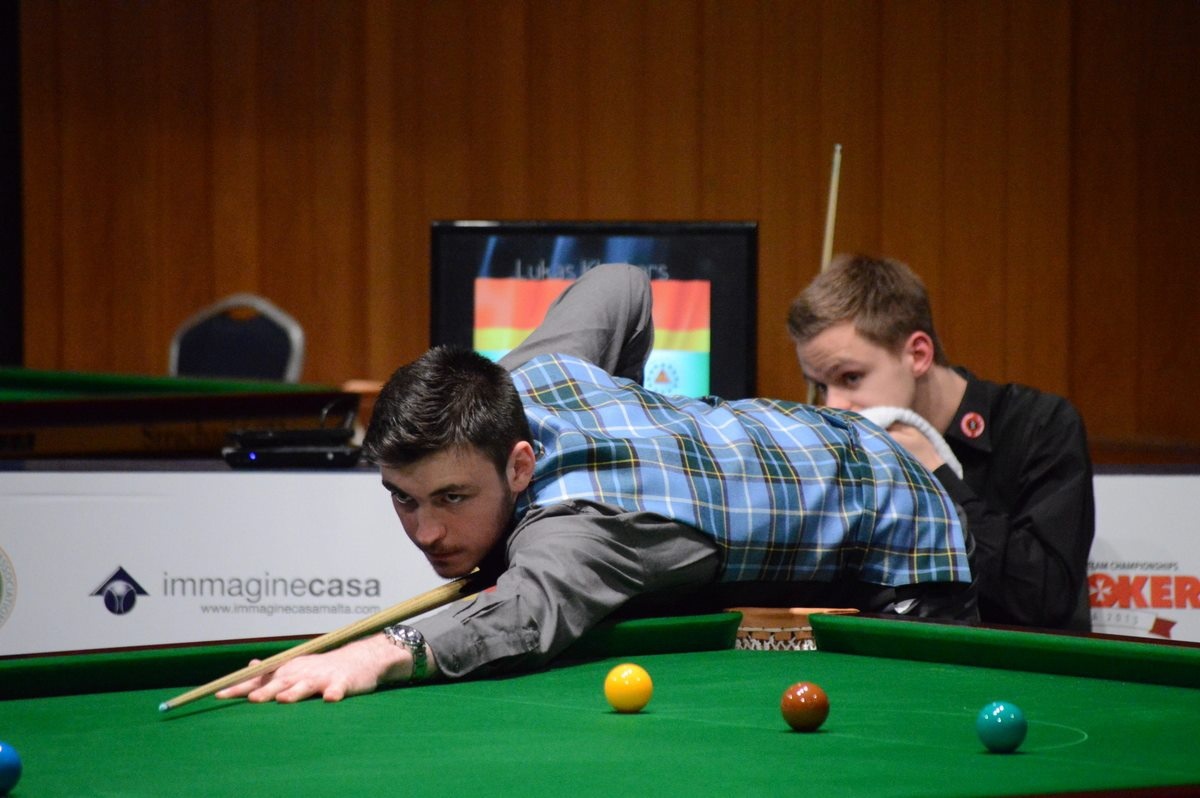 Darryl Hill, 18 years old, is the new U21 European Snooker Champions, after have beaten english Louis Heathcote by 6-3 in the Grand Final of the competition, that ends this Thursday in Malta.Born in Leeds but representing the Isle of Man, a small territory with 80 thousand habitants between England and Ireland (famous because of the large amount of moto riders and the cycling star Mark Cavendish)  Hill, who has a table at home and had his mother, Jane, always in the stands of the Dolmen Resort Hotel to support him, showed his fiber and deserved to win the decisive match, bringing joy to the city of Douglas, capital of the island.

The successor of Oliver Lines as European champion won 1000 € (Heathcote got 500 €) but, most important, Darryl Hill will be able to play in the Main Tour, among the professionals, for the next two seasons.

From the 87 players that started the competition on Saturday (92 have made their inscription, but five of them gave up at last minute), Darryl Hill is last Man standing after 258 matches in Malta, and a total 1026 frames (731 frames in group phase, round-robin stage).

A total of 97.852 points were scored by the 88 players until the Grand Final (68.400 points in group phase) in this U21 European Snooker Championships, after many and many hours of snookers since last Saturday, in the 15 tables at the Dolmen Resort Hotel, in St. Paul’s Bay. The Grand Final was refereed by maltese Joe Debono, assisted by Chalres Vella.