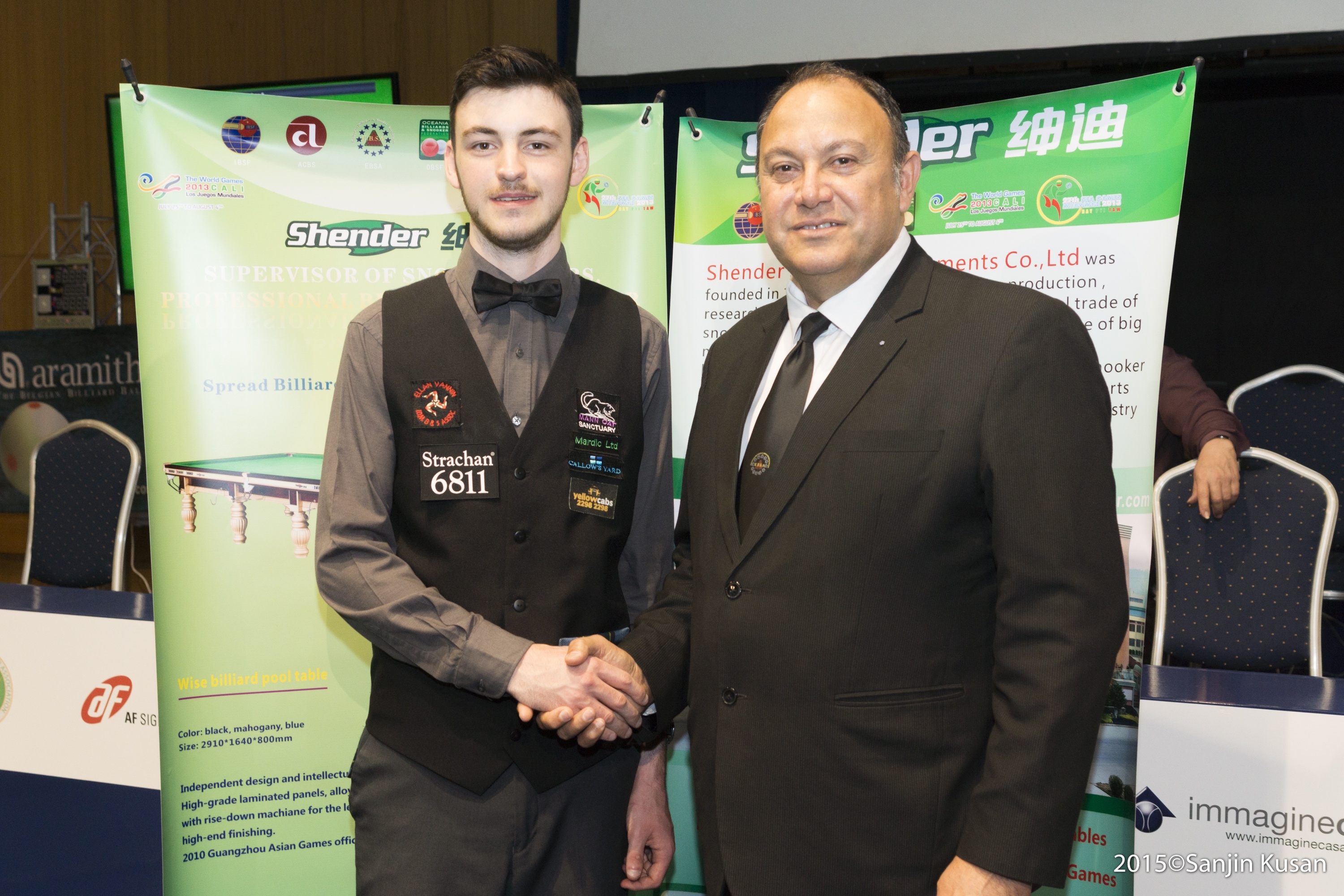 Darryl Hill was naturally fatigated after the nine frames against Louis Heathcote (6-3) in the Grand Final of the 2015 European Snooker Championships, that started last Friday and ended this Thursday in Malta, after 258 matches.

«I thought about winning, in secret. I thought it might be my chance. I’m very happy and I want to thank all, especially to my father, Jez, and my mother, Jane. It’s a great feeling know I’ll be playing in the Main Tour for the next two years. And now I can meet my idol, Neil Robertson», told the astonishing 18 years old player born in Leeds and living near Isle of Man’s capital, Douglas.

«I dedicate this European title to my former coach Mel Quine, who died three years ago. Wherever he is, I’m sure he is smiling», said the new European U21 king, while his mother, Jane, cried like a baby from all the joy and confessed she didn’t get a minute sleeping last night.

His father, Jez Hill, was even more happy. «Thank you son, I’m so proud of you. It’s the best anniversary present you could give me and mum», he wrote on Facebook. All’s well when it ends well.