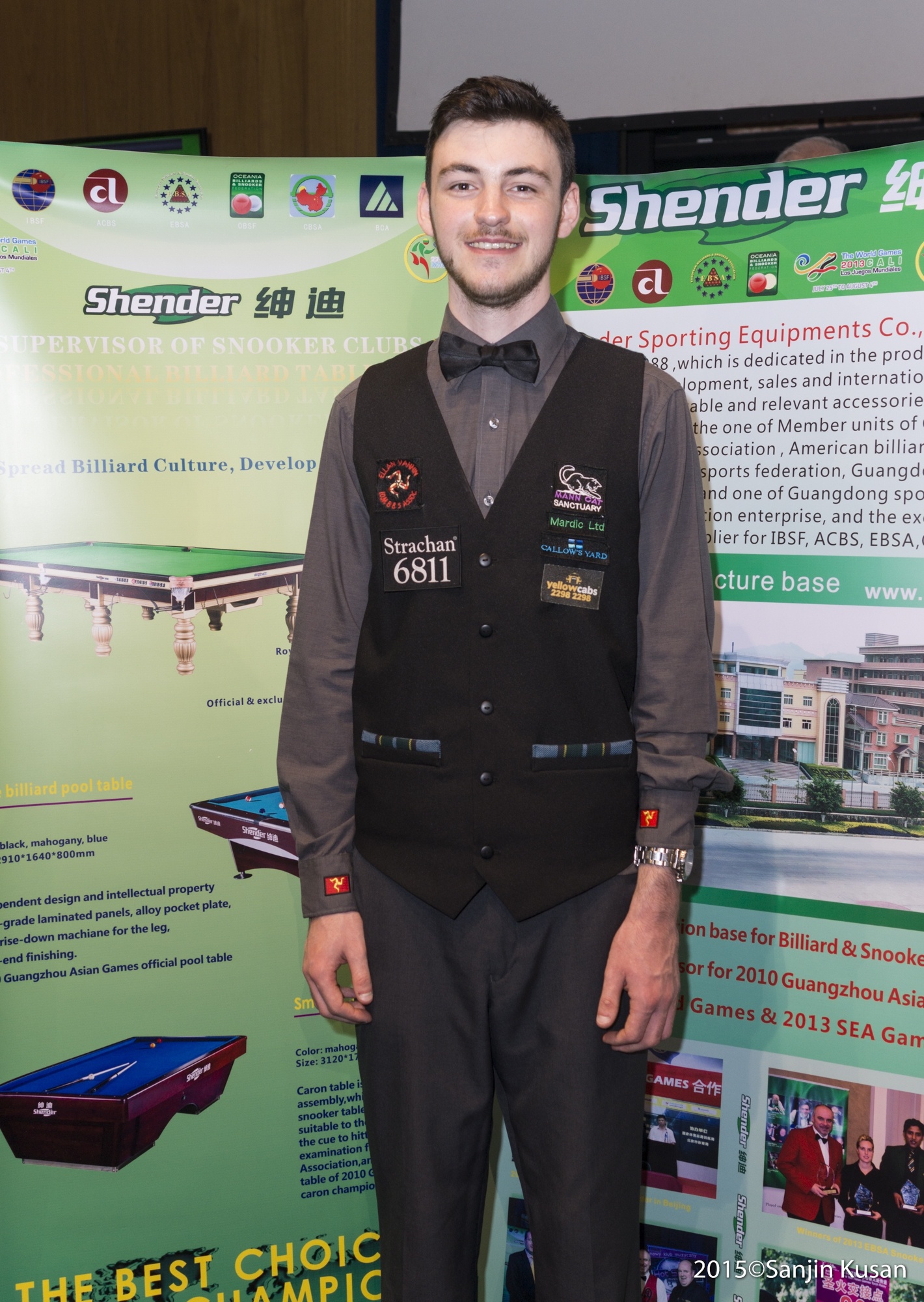 End of the race in the individual contest. Isle of Man’s Darryl hill is crown as the new European Snooker U21 champion this Thursday on Malta, after beating English Louis Heathcote 6-3 in the Grand Final, and show how humble he is when he addressed to the crowd in the closing party, dinner and awards delivery ceremony.

«I wish the best to Louis Heathcote, I know that him and some more should would be playing as professionals in a few years. It’s good to be among professionals. I thank the sponsors and the organizing team that make this U21 European Championships possible», told 18 years old born in Leeds but living near Douglas.

Previously, he had told us the key moment of the week. «Every tournament there’s a match you fell you can be defeated. I felt it when I was down by two frames in the semis, against Lukas Kleckers (2-4, comeback to win 5-4, Wednesday night). But I kept my mind. I’ve been always very strong in mind games», said Hill to EBSA.

The president of the Maltese Association of Billiards, Francis Bugeja, thank everybody for their efforts, and the president of EBSA, Maxime Cassis, confirmed he has «just notified» World Snooker to admit Darryl Hill to play in the Main Tour from next season, and at least for one more after. «I thank all in Malta and because this is not only snooker, invite all to visit Malta, the Mdina and Valletta. It’s worthy». However, the nomination is still to be aproved by World Snooker.