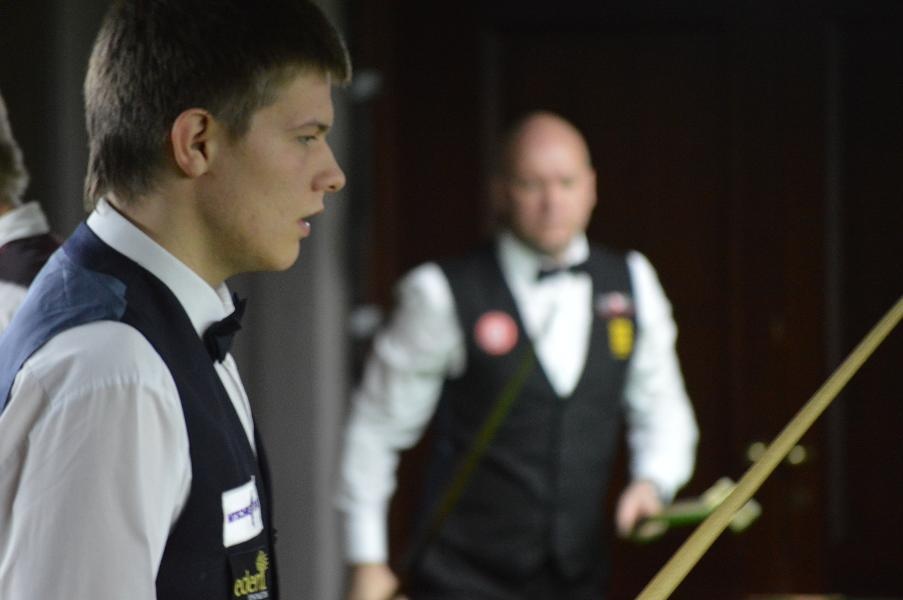 The second session of Day four didn’t throw up too many surprise results with most of the fancied played winning with ease, however we did have a few matches that would have been hard to call.

Probably the most high profile one would have been Ray Fry against Adam Stefanów and the Polish youngster took the early advantage going 3-0 up before Fry responded with a great 92 break to pull one frame back. Adam however took the 5th frame 56-31 to pick up his first win after he lost his opening match.

Also in the Men’s section we saw wins for both Jamie Clarke and Ross Valance in Group Q as they overcame Mor Mezrhei and Davor Bobek by four frames to nil to put them joint top with two wins a piece. 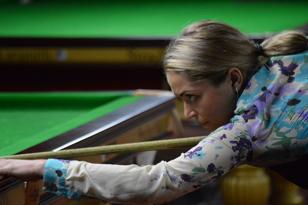 The Ladies section also had a match too close to call and it went to the wire as Irina Gorbataya defeated Germany’s Stefanie Teschner 3-2.

Irina, pictured, took an early 2-0 lead but Stefanie fought back to level at 2-2 thanks to a black ball win in the fourth frame. The final frame was all Irina however and she ran out a 51-9 winner to keep her in with a great chance of one of the top spots in group A.

The other three matches played saw last years finalist Anastasia Nechaeva have a comfortable 3-0 win over Nikoleta Nikolova for her 3rd win of the tournament and is now level with Hannah Jones after she beat Yana Shut 3-1.

The last match saw Daria Sirotina come back from 1-0 behind to beat Ukraine’s Maria Bucharska 3-1 and go joint top of Group C.

In the Masters Section Group H saw both Tom Gleeson and Misja Van Vonderen both pick up their third wins in the group although Misja has a game in hand on the Irishman after he came back to win a tough match 3-2 against Bulgarian Krasimir Kameshev. Danny Connolly picked up the other win in this group with a 3-0 win over Frances Marc Chouillier.

Gleeson’s fellow Irishman Mark Tuite also picked up a 3-0 win this afternoon finishing off with a solid 67 in the final frame to pick up his fourth win of the week and currently tops Group F with Jamie Bodle yet to play today.  Mindaugas Maisiejus also played in this group and he now has two wins after he saw off Serb Alexandar Kuzmancevic 3-1. 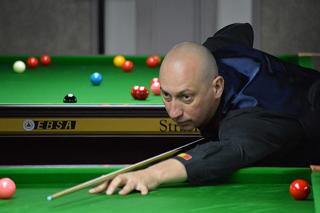 Group E looks like a two way battle for the No.1 spot between Yvan Van Velthoven (Belgium), pictured, and Esa Oikarinen (Finland) as they both now have four wins from four after both won 3-0 today. Van Velthoven beat Peter Varga in the first match to finish in the session while Oikarinen knocked in breaks of 43 and 65 in his 3-0 win over Doron Lavie (Israel).

The other match played in this group saw Viktor Myroniuk (Ukraine) put himself in a good position in the group with two wins after he saw off Belorussian Vadzim Shut 3-0.