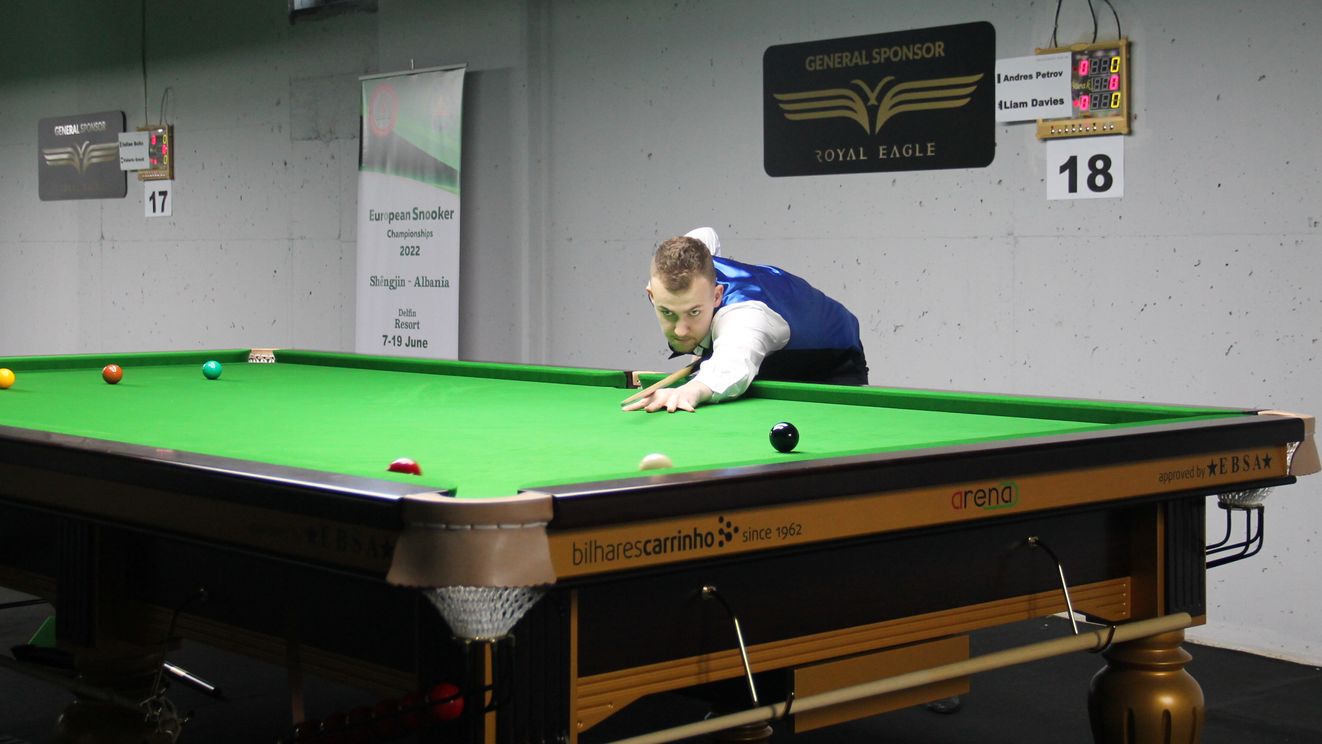 The last of the best of 5 Frames Men’s event round-robin matches at the 2022 European Snooker Championships are live all this Wednesday at Shengjin’s Delfin resort venue.

From the 120 competitors who started on Monday only half – the top 2 of each and every one of the 30 groups – will go through to the Last 60 knock-out stage best of 7 Frames match which will be played this Wednesday starting from 7 p.m.

There are 4 more European Champions still to be crowned in this 2022 edition and after the Men’s event the three Teams tournaments – Men, Women and Seniors – will be the last ones to start. But still 4 more european titles to be delivered.