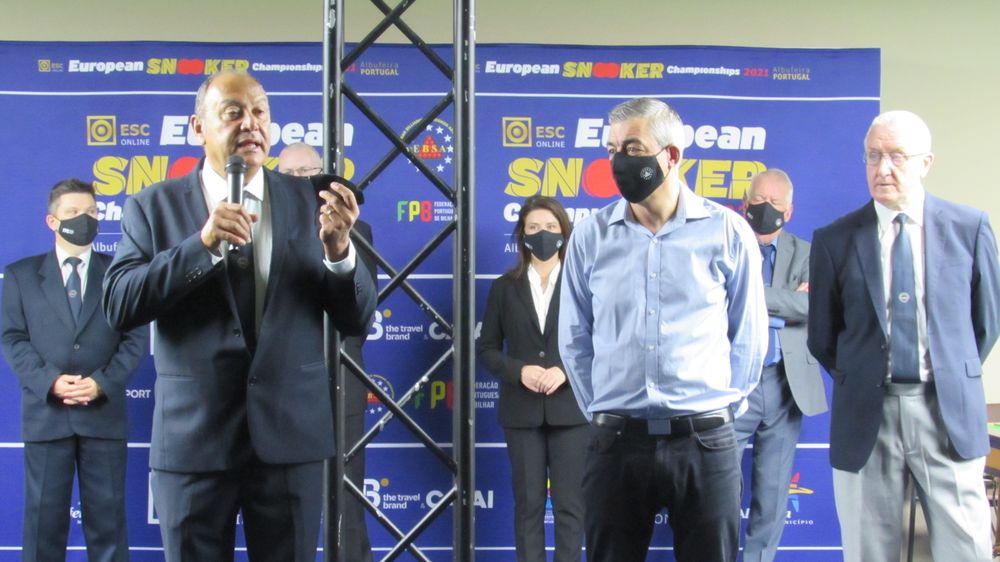 Alongside with Assistant Tournament Director Ricardo Salgado and Competition Manager Peter Thomas, Mr. Cassis wished good look to all the 64 candidates already playing the first out of nine events to be play at Vidamar Hotel Resort until the 17th of October.

The round-robin stage started at 10 am with 17 groups of four players each one aiming to succeed 2020 champon, Irishman Aaron Hill.

All the matches at round-robin stage are to be played best of 5 frames and the first two players in each group go through to the knock-out stages (Last 32 round).

About 441 players from 44 different countries in Europe plus 42 referees will battle until the 17th at the green cloths for nine 2021 European Snooker titles. After the U18 event on Sunday starts the U21 event, but after this ones will have plenty of competition and joy at Vidamar Resort Hotel with Six Reds event, Men/Mixed Event, Seniors, Ladies, Men’s Teams, Ladies Teams and Seniors Teams events still do be played.