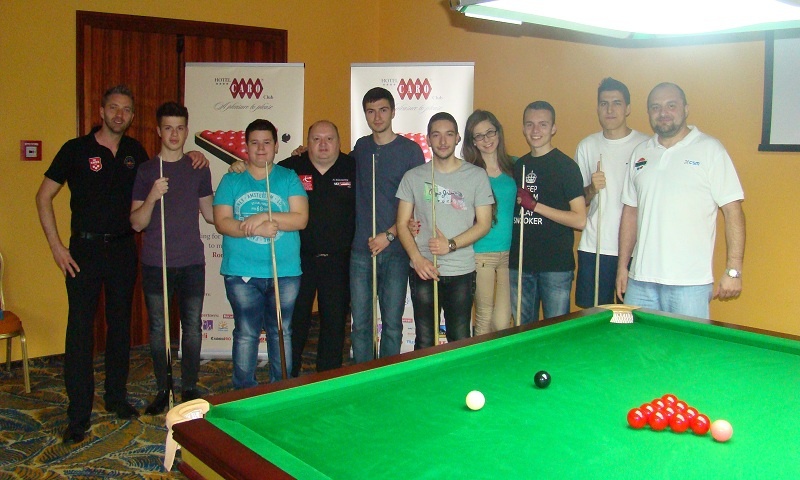 The European Billiards & Snooker Association are holding EBSA Coaching Zone with EBSA head Coach PJ Nolan and Corné Kuijpers each morning this week from 8.45am-9.30am during the 2014 EBSA U-21 Snooker Championships to highlight the EBSA Coaching Academy. 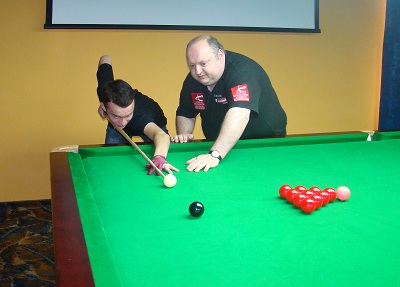 This morning the PJ and Corné worked  with the Bulgarian players on how to prepare a warm up exercise before their match and how to improve their Break Building and Long Potting.