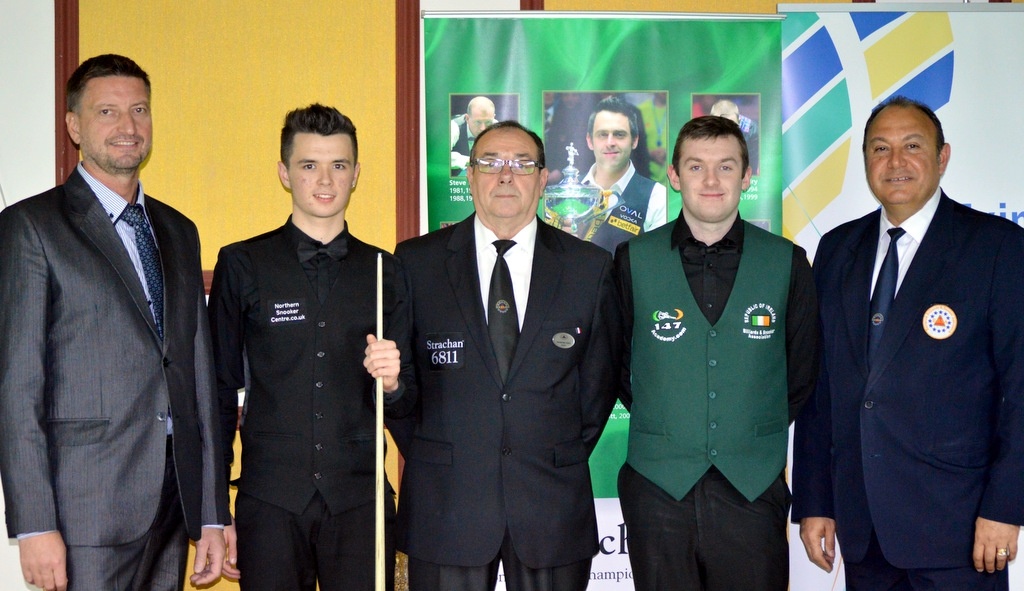 Oliver Lines will play Josh Boileau in the final of the European Under-21’s tomorrow in Bucharest after a 5-2 victory over Ireland’s David Cassidy. The youngster started his semi final with a superb 59 and 62 clearance in the first frame but things started to get scrappy after that but Lines held his nerve to clear the colours to take the second frame and a great early lead.
The next was rather scrappy also and Cassidy got one frame back after he had a 26 break to the black and then after a long safety battle potted a great long black to get his first frame up on the board.
The next frame was a crucial one for Cassidy but despite a solid 47 break at the start of the frame Lines cleared with 35 to take a 3-1 lead going into the interval.
Cassidy should have taken the following frame also but yet again Lines punished his mistakes and had another clearance to the black, 32 this time to leave him only one frame from victory.
Lines opened with 54 in the 6th frame but Cassidy battled his way back into the frame with some great snookers that earned him 30 points in misses and Cassidy closed out the frame to pull another one back.
Lines however closed out the match with a stunning 118 break to book his place in the final with style. The final gets underway at 10am tomorrow morning.