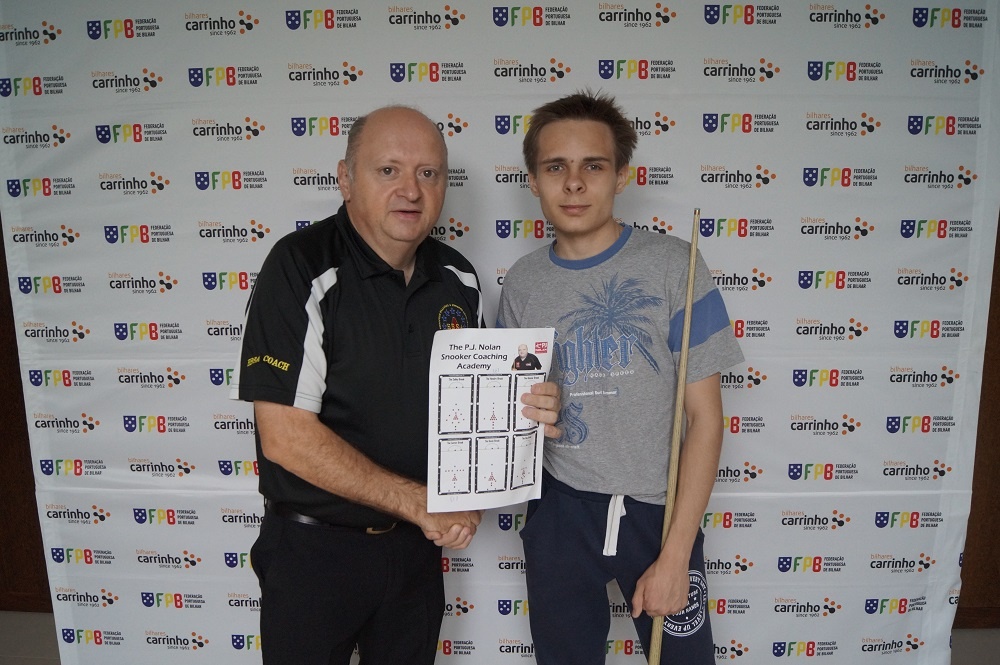 EBSA Head of Coaching PJ Nolan held his final day of Cue Zones for this year, at the Albufeira’s Vidamar Hotel Resort in the Algarve on Friday the 15th of October at the 2021 European Snooker Championships here in Portugal.

Today our EBSA Head Coach worked with a number of players and they really impressed him with their commitment. PJ said ‘’ he would like to personally thank all the players who attended the cue zones this year and he hoped to see them all again at EBSA Championships in the near future.

EBSA conducted free cue zones from 2nd – 15th of October for players who attended this year’s European Championships with PJ Nolan and from his team of EBSA Coaches. Any current EBSA Coach also had the opportunity to book his or her own cue zone in the Tournament office.

Any player competing in this year’s EBSA Championship in Portugal had the opportunity to book a date and time to suit his or her schedule in the Cue Zone Schedule for their lesson in the Tournament office.

Each player who attends PJ’s Cue Zones this week received a Training Booklet to help them improve their Practice game.

Maxime Cassis EBSA President ‘’ said that the cue zones were a huge success again and they are a vital part in our development of the sport. We were delighted to have PJ and his EBSA team holding EBSA cue zones to help our players improve their games led by our experienced Head Coach’’