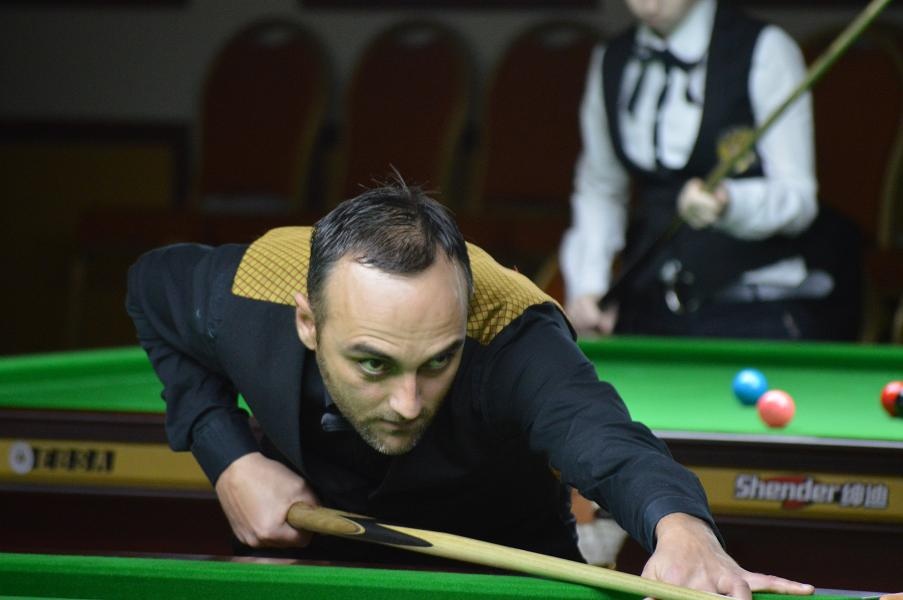 England will face Malta in this afternoon’s European Men’s Team Final.
England’s Nick Jennings and Calum Downing saw off the challenge of Shachar Ruberg and Maor Shalom from Israel with ease .
They did however lose the first frame on the black even after a 58 break from Jennings but after that it was comfortable for the English team as they ran out 4-1 winners.
They will now face Alex Borg and Duncan Bezzina (Pictured) from Malta in the final after the beat Poland’s Kacper Filipiak and Patryk Masłowski 4-2.
The Maltese opened well with breaks of 52 and 73 in the first two frames and went 3-0 up with a tight 67-52 win in the doubles.
Kacper took one back for Poland with the help of a great 68 break and they took the next to put the pressure on Malta.
The final frame however saw both Masłowski and Bezzina miss chances to seal the frame but it was Bezzina who eventually closed it out to put Malta through.