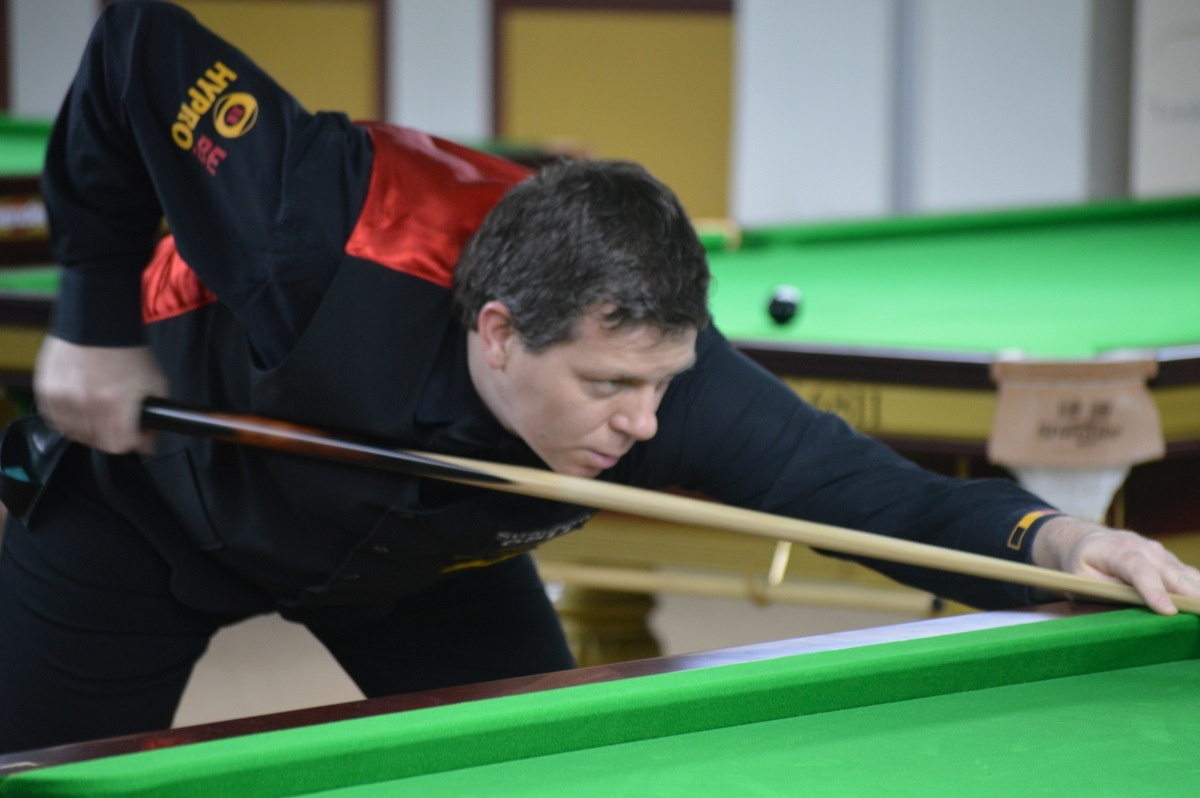 Belgium have just secured their spot in the Masters Final thanks to a 4-2 victory over Germany. Mario Van Herk and Alain Vandersteen came back from 1-0 down to win the next three frames which included 42 break in the scotch doubles.
The German’s took the next frame but it was the Belgians to took the 6th frame to seal their spot in the semi finals tomorrow where they will face England.
England’s Jamie Bodle and Michael Henson beat the old enemy Scotland 4-2 tonight. England took the first frame but the Scot’s too the next two frames to take the lead. A 73 by Bodle in the next frame against McAlpine leveled the scores and Henson ran out a comfortable winner in the next against Melrose.
The 6th frame was the second Scot’s Doubles match of the night but it was the English who ran out winners 65-38 to put them through to the semi’s tomorrow.