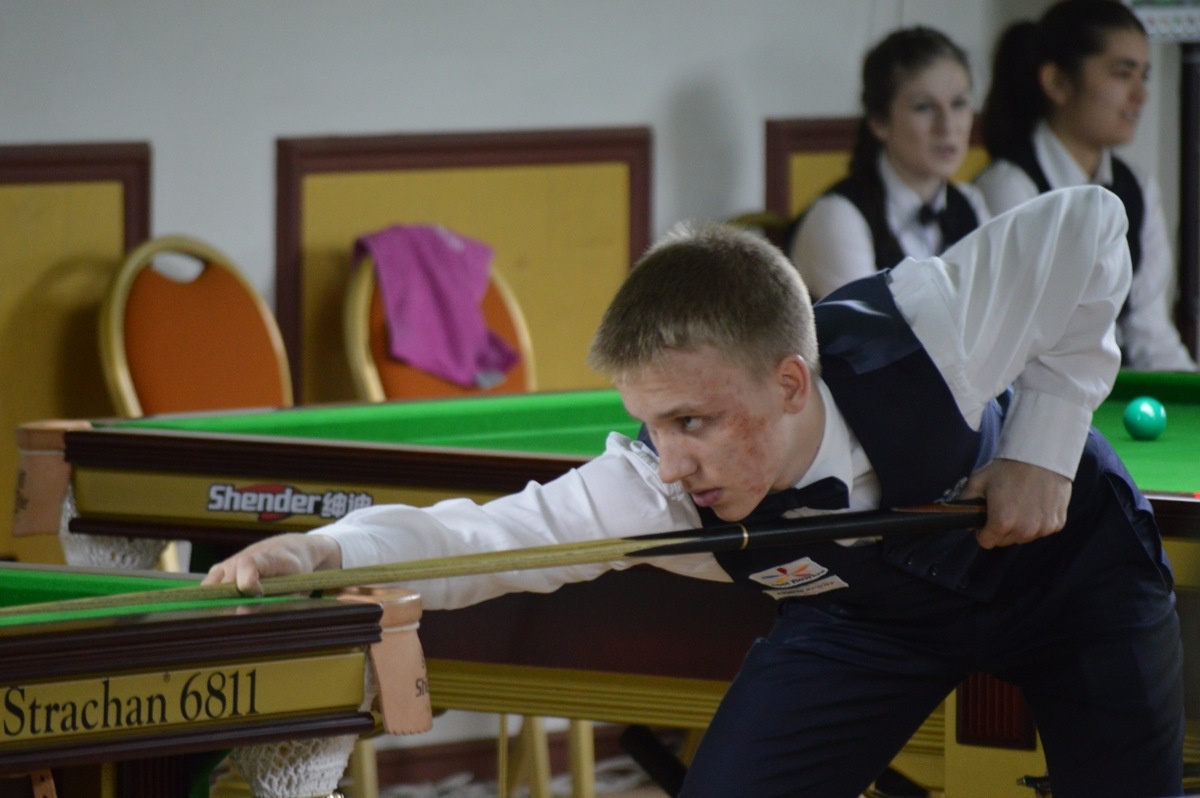 The semi finals of the European Team Championships for 2014 are now set after some great matches tonight here in Bucharest.

Poland’s second team of Kacper Filipiak and Patryk Masłowski are through to the semi finals after they knocked out Poland’s first team of Krzysztof Wróbel and Mateusz Baranowski by four frames to nil.

Devaney opened with a 53 in the first and Goggins followed that up with breaks of 57 and 64 in the second frame. A 60 in the doubles for Malta pulled one back and they then leveled at 2-2 before a 52 by Alex Borg (Pictured) put them in front. Malta then won the match on the black 62-61 to win 4-2.
England were the first team through to the Mens Semi Finals tomorrow morning after they made short work of Belgium this evening in Bucharest.
Nick Jennings opened up with a 69 break against Guy Hendrickx only for Jurgen Van Roy to level the scores at 1-1 with a win over Downing (Pictured).
The English however won the doubles well and took the next two frames quiet comfortably to reach the semi’s where they will now play Israel who beat Ireland’s Robbie Murphy and Mick Judge 4-2 tonight.
Ireland had led 2-0 early in the match but the Israeli duo of Shachar Ruberg and Maor Shalom fought their way back into the match well and will now face the English in the morning for a place in the final.