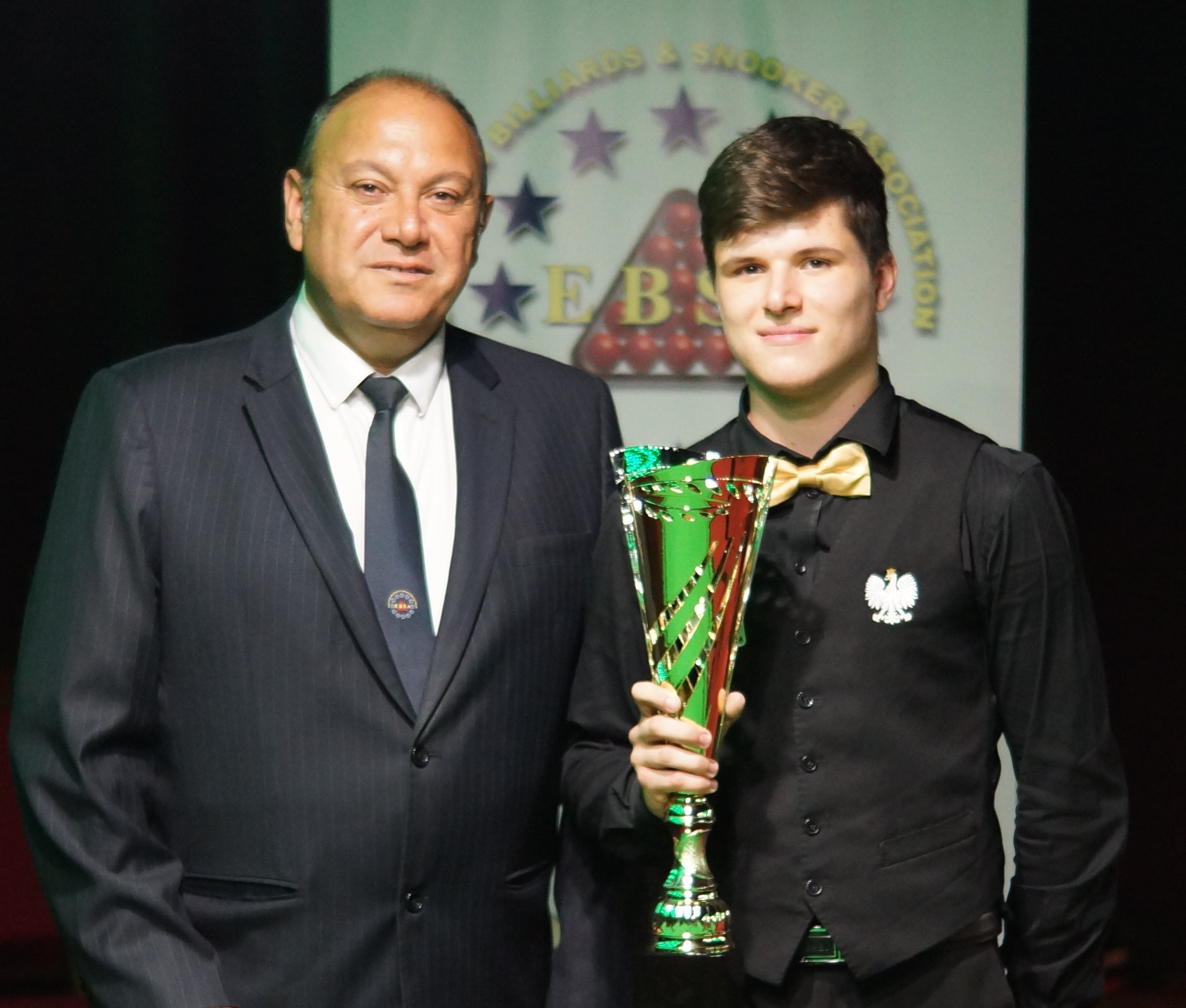 Mateusz Baranowski (Poland) is the first European 6 Reds Snooker Champion – he won the final 4/3 against Lukas Kleckers (Germany). Semi-finalists: Wayne Brown (England) and Ivan Kakovsky (Russia). All four players have also won their qualification to participate in the SangSom 6 Reds World Snooker Championship to be played next September in Bangkok / Thailand.

One of the most interesting games played today was undoubtedly the quarter final match between the Russian player Ivan Kakovski and Craig McGillivary (Scotland). Ivan was 3/1 down and fought back to win the match and at the same time his qualification to the 6 Reds Worlds in Thailand.

Another closely fought contest happened at the last 16 between the multiple European and Belgian Ladies champion Wendy Jans and Mateusz Baranowski : Wendy was leading 3/1 and finally lost 4/3 this game was very impressive.