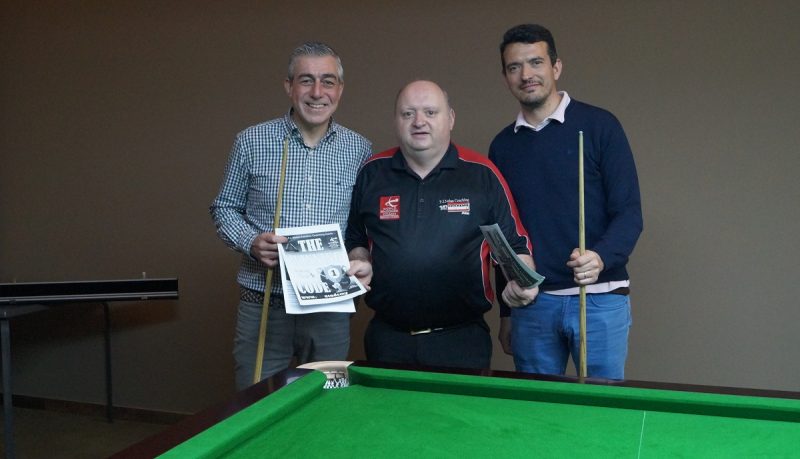 The final PJ Nolan EBSA Cue Zone was held with EBSA Head of Coaching on the 14th of March at the 2020 European U-21 Snooker Championships here in the Salgados Palace Hotel in the Algarve Portugal.

EBSA are conducting free cue zones each day for the EBSA players who attended this year’s European Championships.

Any EBSA Coach can continue to hold Cue Zones during the Men’s Championships by contact John Terry in the Tournament office to arrange a date and time.

Players in action today in PJ’s final Cue Zone were players from Northern Ireland, Russia, Republic of Ireland and Portugal.

The President and the Vice President of the Federaçao Portuguesa de Bilhar (FPB) were the last two players in the cue zone. All the players really impressed PJ with their commitment and all the players said they really enjoyed their lesson.

Each player who attends PJ’s Cue Zones this week received a Coaching Booklet to help them improve their Mental Side of the game.