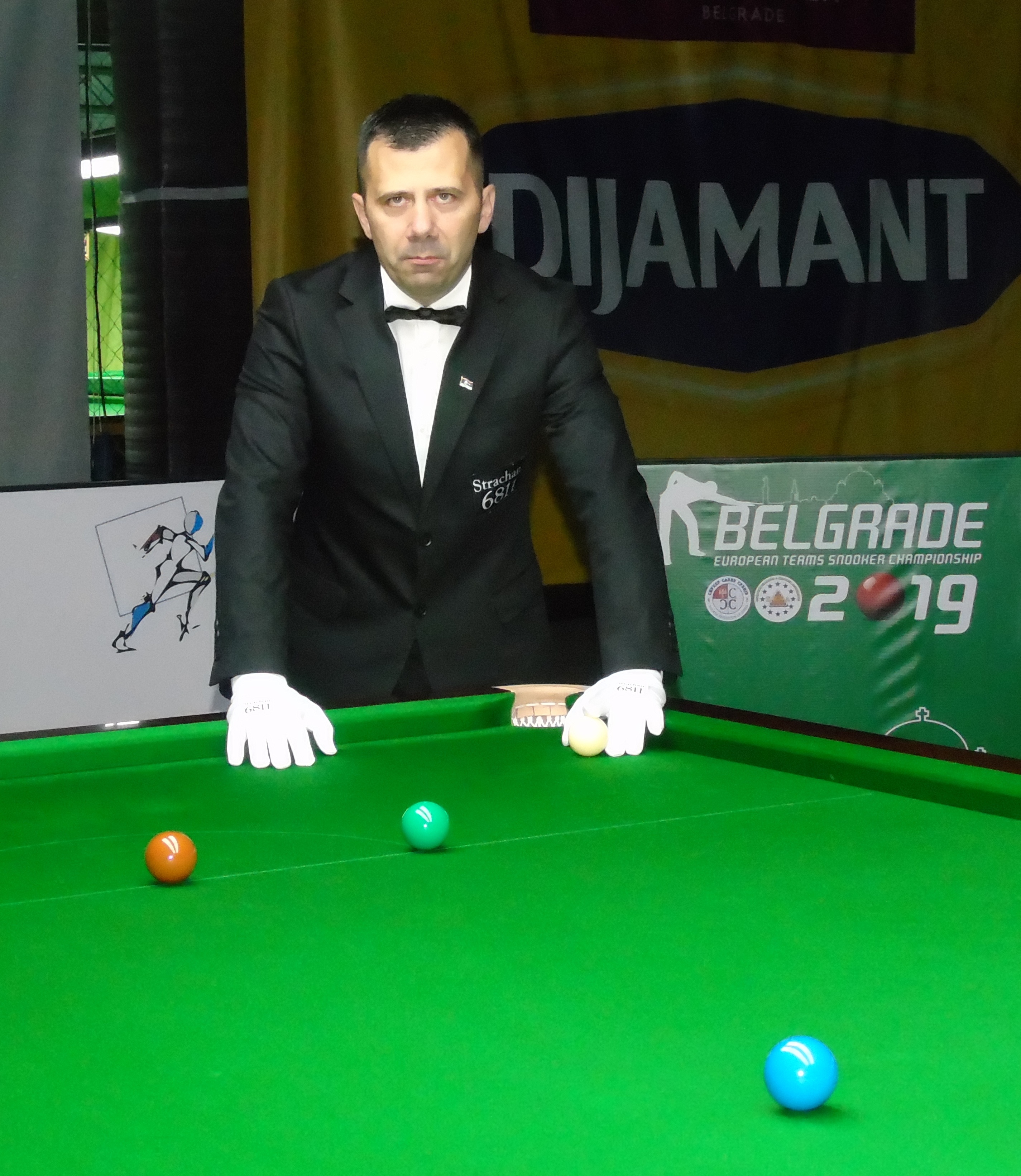 Serbia’s Goran Stevelic is the Referee of today’s EBSA European Snooker Open at 4pm. The 42 year old from Nova Pazova a town just 15km from Belgrade has been an EBSA European Referee for six years now and has worked the baize in Cyprus, Romania, Bulgaria, Poland, Bor in Serbia and the Czech Republic.

This is Goran’s first European Final and he is thrilled to be the man in the middle he said, “It is such an honour and I am so excited to Ref this final. This Championship is in our home Country and to be names Assistant Head Referee at the tournament and now the Referee of this final is fantastic”.

The final will be streamed live here on this website at 3pm, also you can follow Interviews and other news on the EBSA Official Facebook page https://www.facebook.com/OfficialEBSA/