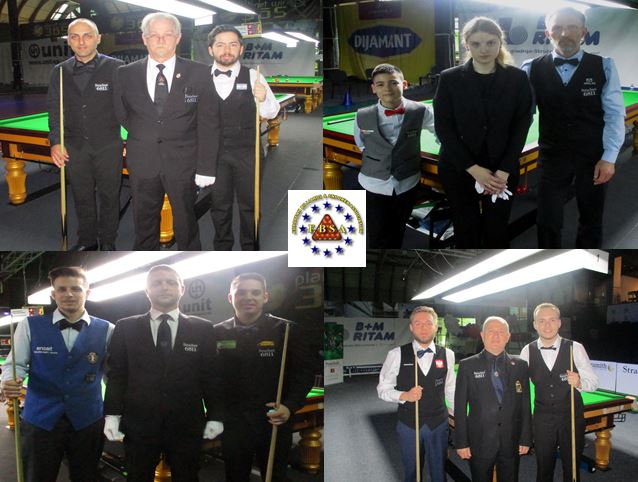 Today see’s the Quarter Finals, the Semi Finals and the Final of the EBSA European Snooker Open Championship.

We are down to the last 8 players and there is a fantastic spread of Countries and styles here on the Star tables.

Michal Ebert of Poland versus Georgi Velichkov of Bulgaria.

Francisco Sanchez-Ruiz of Spain versus Alexis Callewaert of France

Shachar Ruberg of Israel versus Duncan Bezzina of Malta

Play in the Quarter Finals began at 10am, the Semi-Finals will be played at 1pm and the EBSA European Snooker Open will start today here in Belgrade at 4pm, where the match will be Refereed by Serbia’s Goran Stevelic.