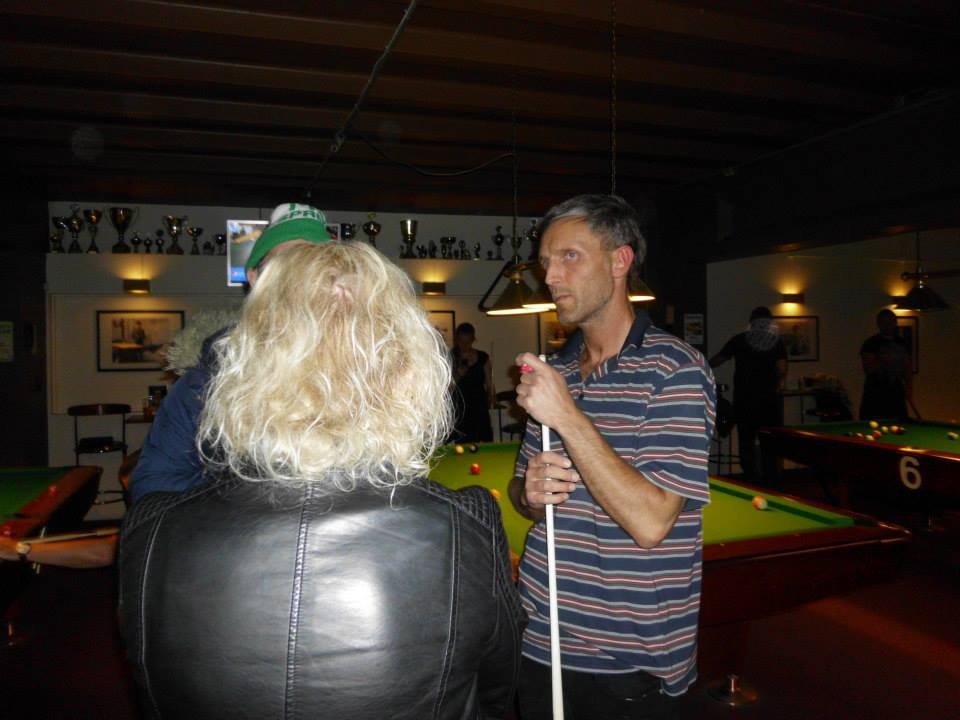 An impressive break, his third century of this 2015 European Snooker Championships (108) to close his match 4-0 against russian Ivan Kakovsky, this Friday morning in Prague, clear the doubts: in a tremendous shape, a tremendous player like Kristján Helgason (Iceland) can easily dream about his fifth final of the event, and with his second title.

Helgason underlined his favourite condition with breaks of 82, 72, 64 and 108 in his match, adding more capital of credit and odds to his chances of celebrating next 13th by night another European crown. «You never know. A fifth final will be nice. But there are lots of good players here», says the 41 years old ‘Iceman’.

In his first final, 1996, Helgason lost to Graham Horne (Scotland), 5-8, but came back the year after, still with no arguments against Robin Hull (Finland), who beat him 7-3. In his third final in a row, he finally lifted the cup and got the european crown in 1998, with a clear win (7-2) over maltese Alex Borg.

Alex Borg had his moment seven years later, (2005) when he beat Kristján Helgason by the same score. Ten years after his last presence in the final, all lights on Iceman again. Only fair, by the way is performing and entertaining the crowd.