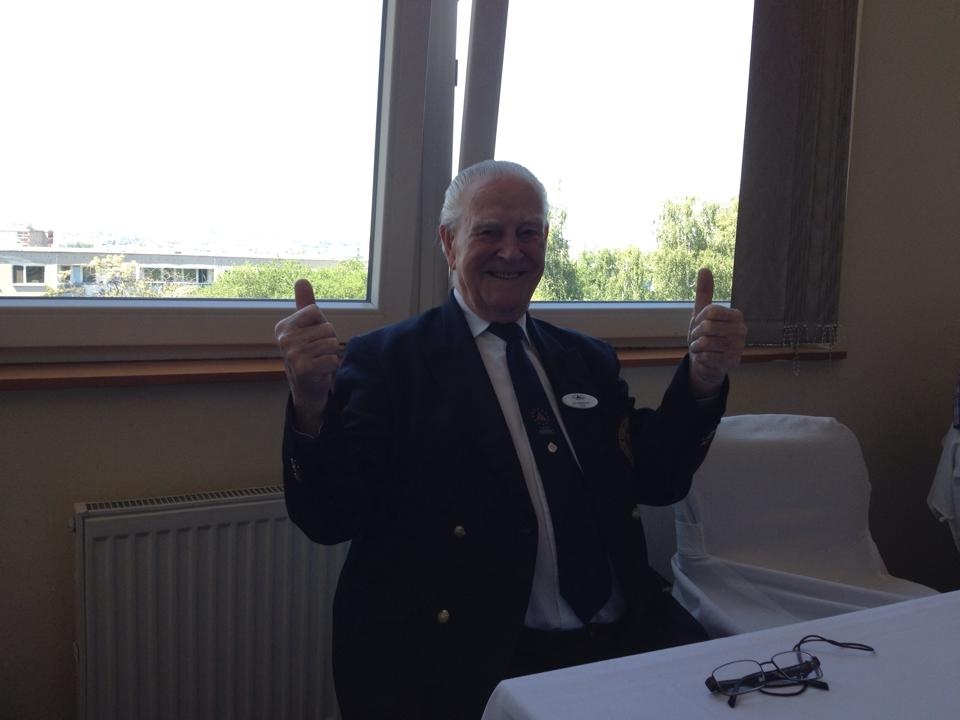 If you can call someone Mister Referee, it fits only to Vic Hartley. A few days away of his 84th birthday (July 25th), Hartley is the oldest one in the event in Prague still showing all his love for snooker and passion for the game, postponing the retirement from the tables until… «one day».

The big heart of Vic Hartley can be measured by the number of things he has done in life. «I did almost everything: apprentice , mechanic, electrical stuff… and one day I woke up in an office, as an engineer. In the meantime, served in the Army, was abroad, in Egypt. But never forgot the first time I grabbed a cue, I was 16», a enthusiastic Hartley told us here, at this 2015 European Snooker Championships.

Retired from his job 21 ago, and snooker fulfilled the gap, Hartley, who’s wife’s already died, says the love his life «besides the family of snooker», are his two daughters and three grandchildren. But says it’s still soon to put on some sleepers, seat on a sofa and grab the remote.

«One day I will retire. But the feelling of loving snooker remains pretty much alive. Saw almost all the referees coming by and growing in their careers, had the privilege to referee world champions matches with players like Peter Ebdon, Shaun Murphy or Reanne Evans», says a happy Vic Hartley.

«But the best player ever was Joe Davis, no doubts. He will still be, today. Tell me about anyone else who has been 20 years without losing a single match. He was the greatest, but I’m pleased to see the boom of snooker worldwide: got out of the ghetto, definitely. Such as it is seeing beautiful, competent, young and lovely girls refereeing the matches. It’s not anymore men’s club, and this is fantastic», told us the londoner, now living in Oxfordshire.

While he keeps providing to the players in the table all the assistance and is an inspiration to the new generation, Mister Referee also is ansious about the cruise he was about to do last week through the Baltic but he could not, because he forgot his passport at home.

«I’m delighted they just contacted me and offered me new one for free next month». Keep sailing, Mister Hartley. In sea, in snooker’s bigger events or in life. We knee when facing a superior power, and risk to say all of snooker fans would love to be in your shoes with a life full of joy, later on. Such happiness, energy and love for the game you can’t buy in the supermarket.