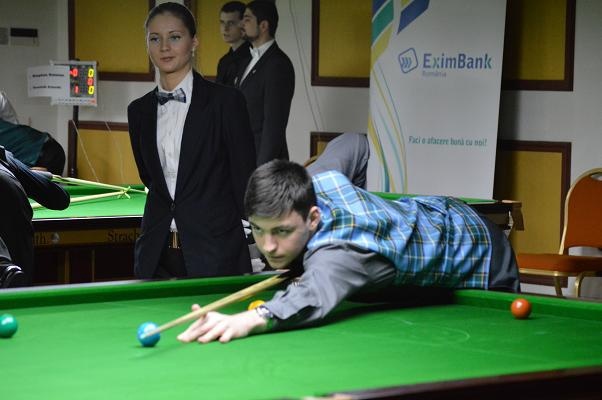 Darryl Hill continues to impress as the No.1 seed for the tournament as he produced some great snooker including breaks of 94 and 51 to beat Belgian player Jeff Jacobs in the Last 32. The Isle of Man player will however face England’s Ashley Carty next who had a 4-0 victory over Daniel Dempsey taking the last two frames on the black for the win.

In another home nations clash Sanderson Lam came out the victor when he beat Welshman Jamie Clarke 4-3 after being trailing 3-2 earlier in the match.

We also had wins for Olli-Pekka Virho and Tom Rees to ended the tournament hopes of Dominik Scherübl and Simon Lichtenberg 4-1 respectively.

Three more home nation players make up the winners from the matches that are finished so far with Joseph McLaren seeing off Malta’s Brian Cini 4-1. Sam Thomas had breaks of 75 and 62 in his 4-2 win over Dylan Craig and Oliver Lines had no problems with Saku Veikkanen winning 4-0 after he opened up strongly with an 86 in the first frame.