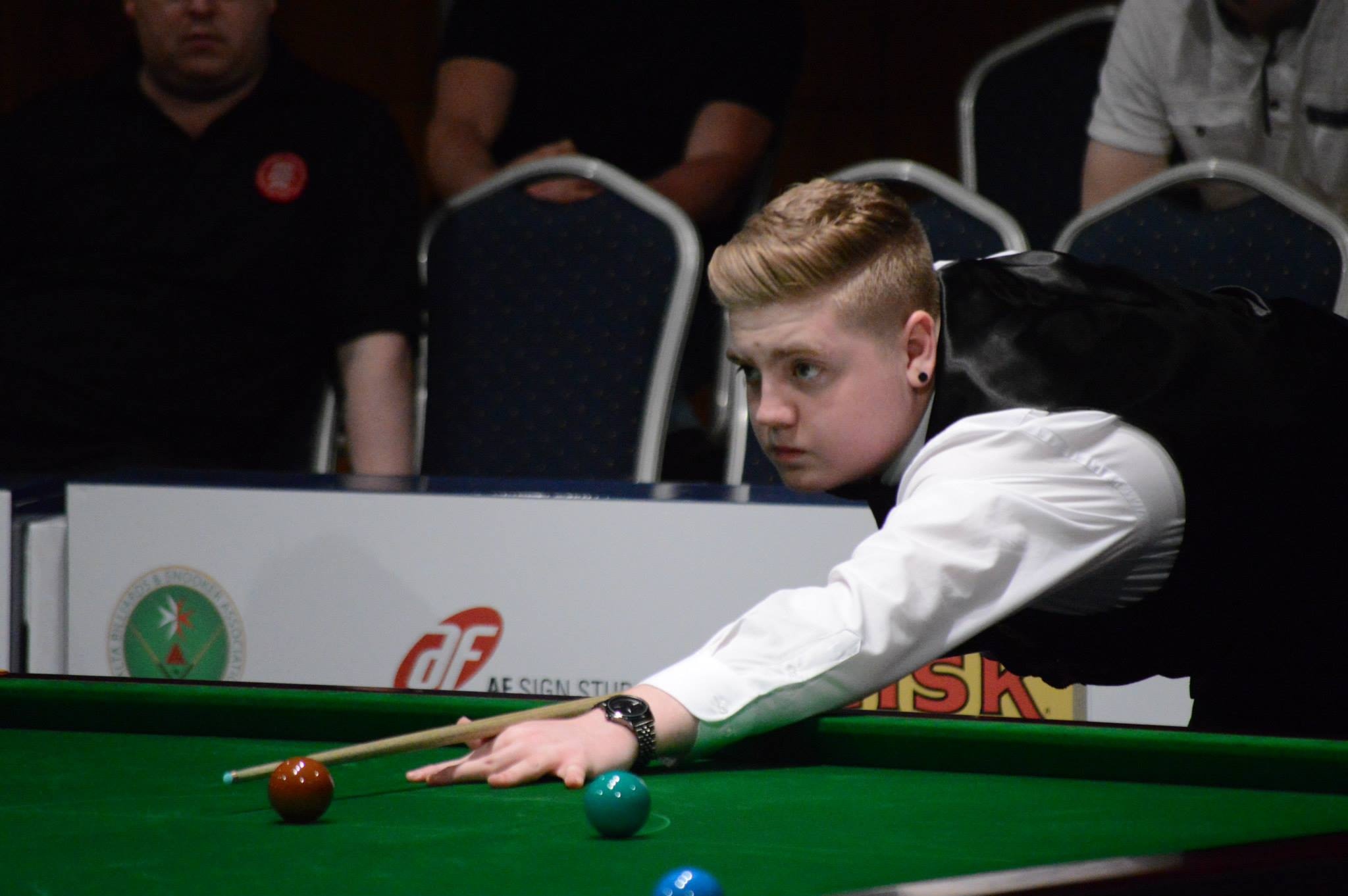 Louis Heathcote is the first known finalist of the 2015 U21 Snooker European Championships. The 17 years old talent from Leicester defeated scottish Dylan Craig 5-2 this Wednesday night in the first semifinal of the event that takes place at the Dolmen Resort Hotel, in Malta.

From the city of the world champion, Mark Selby, Heathcote smiles when he sees himself following the steps of Mark ‘The Shark’, or another famous professionals also born there, like Tom Ford or Ben Woolaston. Knowned as ‘The Hoover’, due to his ability to clean a table might be compared to a vacuum cleaner, Heathcote thanks his all family and girlfriend for the support.

«My father, Dave, he’s an electrician, my mother, Karen, my sister, Amy, and my girlfriend, Courtney, gave me all their support. But I have to thank my good friends Joe O’Connor, Kieran Philips, Callum Costello. If it weren’t for their advises and teaching in practice, I will never make it until here. Don’t forget Club 147, where I practice, I know all the guys are there for me. In the final, I have no preference, already played with both, Lukas Kleckers and Darryl Hill. But I want to win this», told us the new rising star in the sport.

The Grand Final will took place Thursday, starting 14 hours local time (13 hours in the UK). The opponent of Heathcote in the decisive duel (best of 11 frames) will come from the second semifinal, that it’s now on it’s course.