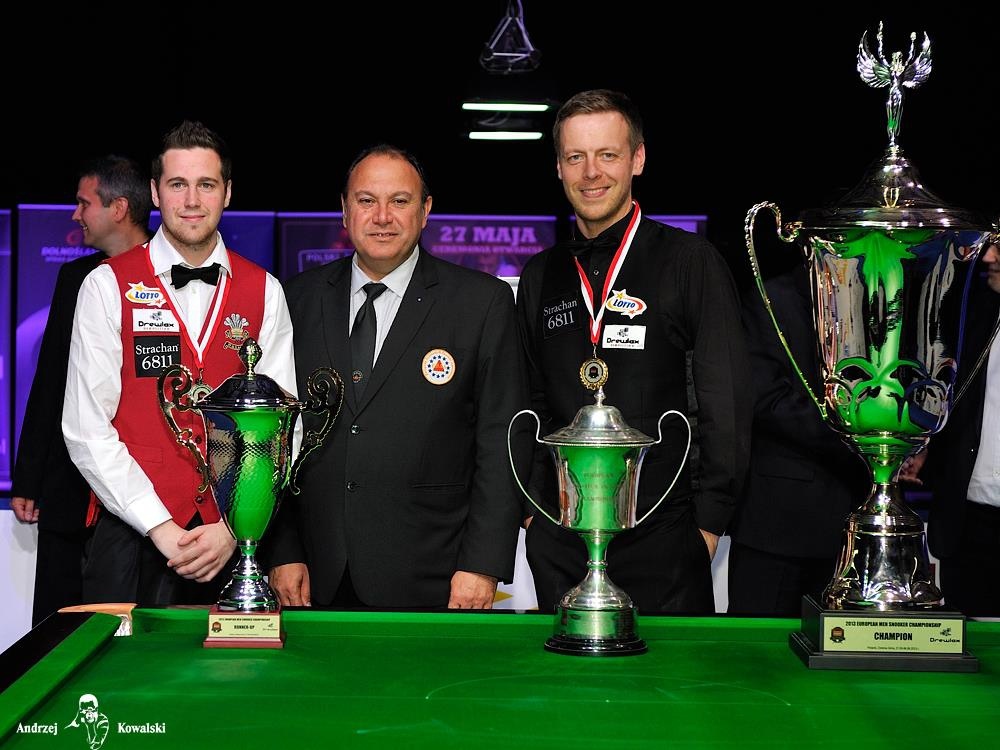 Hull had been in awesome form in both the group stages and knockouts compiling a total of 31 breaks over 50 and he certainly started strong today going 3-0 up with ease with two more breaks of 99 and 56.

Allen pegged one frame back in the next but lost a crucial fifth frame on the black ball 54-47 which could have made it a lot closer affair. The next two frames were shared with Hull knocking in yet another great break, this time an 82 to leave him only two frames from victory.

With the winning line in sight Hull produced one of the best finishes you could wish to see rattling in two superb breaks of 127 and 109 to take the title in style and Robin will now be nominated by the EBSA to take up a place on the World Snooker Main Tour this season.

Gareth on the other hand although disappointed should be happy with his tournament and certainly put his name on the map playing some fantastic snooker over the two weeks here in Poland.

The high break of the event was shared by Ireland’s Robert Murphy and Scotland’s Rhys Clarke who both made breaks of 133 earlier in the group stages.

As with Wendy and Darren, Robin will be officially presented with the cup later on this evening at the closing ceremony in which will take place in Palmarnia Restaurant in the centre of Zielona Gora.