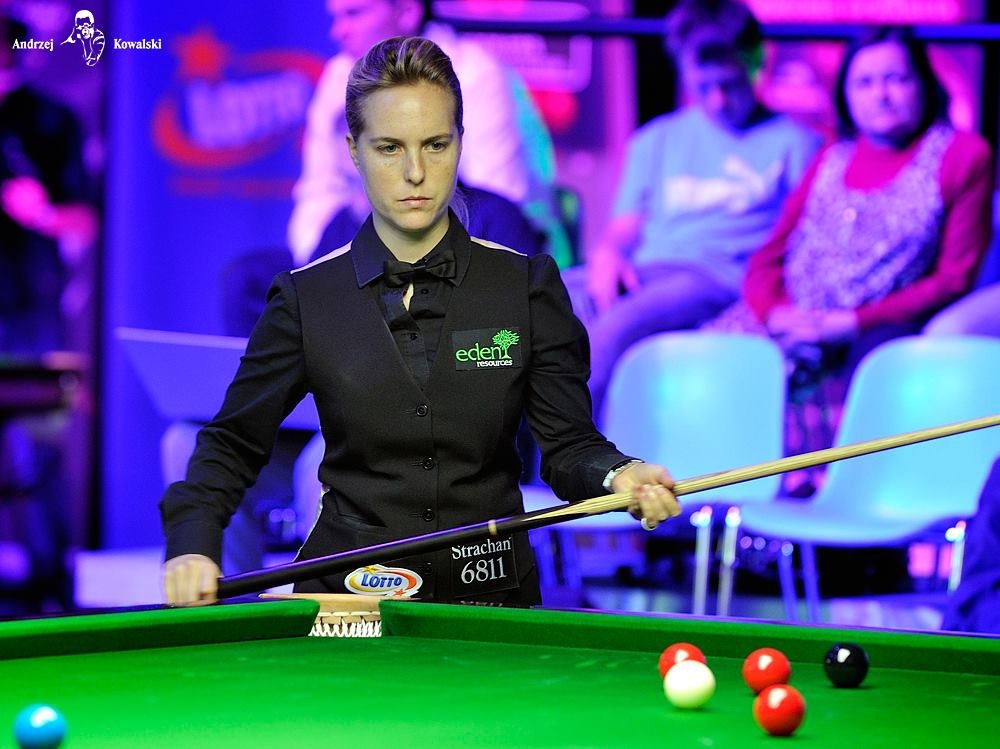 Wendy Jans defeated Russia’s Anastasia Nechaeva 5-1 to capture the 2013 European Ladies Championships today in Zielona Gora, Poland. The Belgian player was by far and above the best player here during the two weeks of play knocking in 20 breaks over 30 in the ten matches she played on the way to winning the title.

Anastasia, one of the current European Team Champions had played some fantasitc snooker during the event just had no answer for Wendy this morning and Wendy took an early 2-0 lead winning both frames fairly comfortable.

A 32 break by Wendy in the third frame was not good enough however and Anastasia put a frame on the board winning 80-55 to claw one frame back. Wendy though stepped it up in the next two frames which included a 47 break in the fourth frame and took a 4-1 lead.

Anastasia was not giving up however and fought all the way in the last frame but lost out on the black with Wendy taking the frame and the title of European Champion.

Wendy will be officially presented with the trophy later on this evening at the closing ceremony in which will take place in Palmarnia Restaurant in the centre of Zielona Gora.

The highest break in the Ladies event went to Diana Stateczny from Germany for a superb 78.