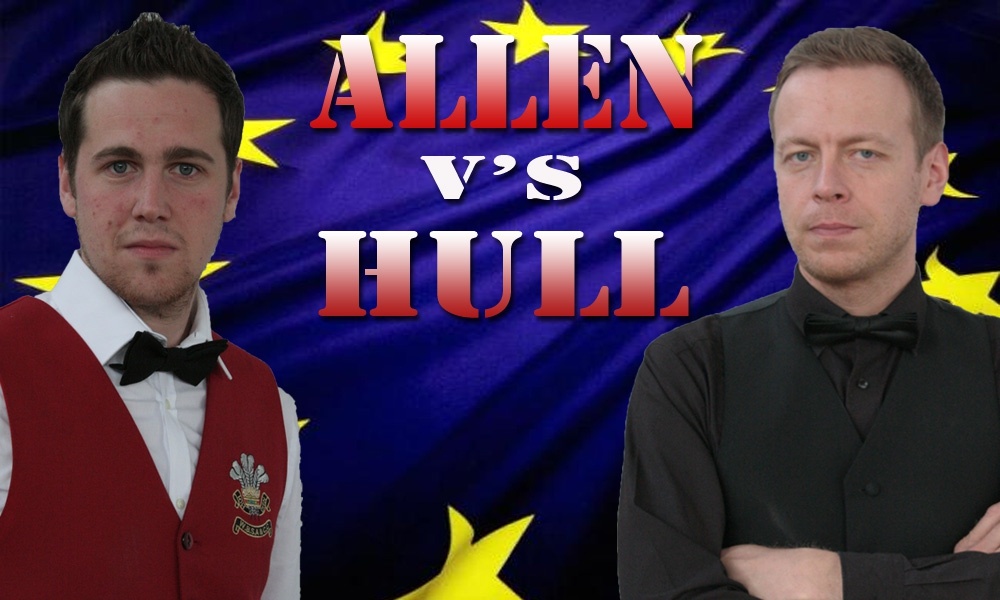 The final of the 2013 European Championships will take place tomorrow between Finland’s Robin Hull and Welshman Gareth Allen. Allen’s match against Roy Stolk started off in superb fashion with Allen knocking in a 95 in the first frame and then going 2-0 ahead.

The other semi final saw Finland’s Robin Hull totally outscore England’s John Whitty compiling breaks of 68, 86, 92 and 64 in his 6-2 victory to set up what should be a superb final tomorrow in Zielona Gora.

Play starts at 10am for the first session and as usual we will have the live scoring on the site.