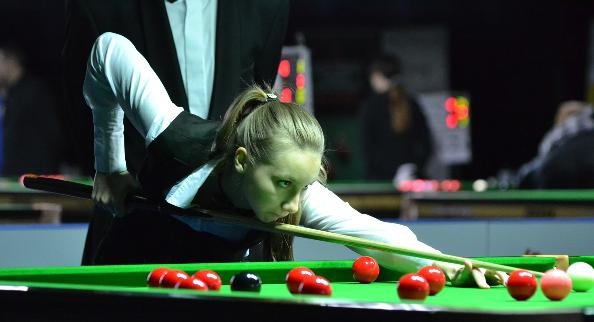 Wendy Jans will compete in yet another European Final as she defeated the defending champion Tatjana Vasiljeva 4-1 in Zielona Gora tonight. Wendy took the first frame with ease before winning the second on the black to go 2-0 up before Tatjana clawed a frame back winning the next frame 75-30.

The Belgian then knocked in a 33 break to go 3-1 up and won the last frame fairly comfortably to seal her place in the final where she will face Russia’s Anastasia Nechaeva who narrowly beat her European Team Championship winning partner Daria Sirotina 4-3.

Anastasia took the first frame only for Daria to go into a 2-1 lead before a 54 break in the fourth drew things level. The next two frames were share to set up a final frame showdown between these two good friends and it was Anastasia who ran out the winner on a black ball finish.

She will now face Wendy in the morning in the best of 9 frame final.