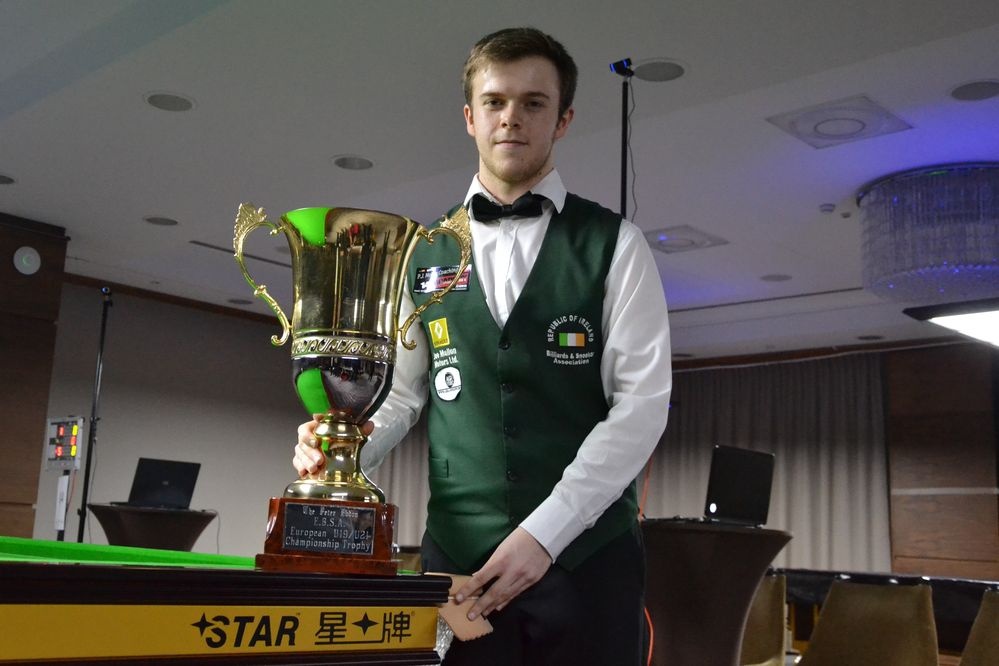 20 years old Josh Boileau from Republic Of Ireland is the new U21 European Champion after beating Brendan Sargeant by 6 frames to 1 in the Grand Final of the 2016 EBSA European Snooker Championships this Saturday in Wroclaw.

Despite the efforts of the English player Boileau started in style and finished the big match in the seventh frame with a beautiful long black.

He established a new personal best and the highest break of the tournament in the fifth frame with a fabulous run of 130 points just missing the final black.

“I dedicate this title to my mummy Maryann, who is at home, and to PJ Nolan, my coach and someone that I knew 12 years ago. I wouldn’t be here if it wasn’t for him” said the Irishman who won 1800 euros plus a EBSA sponsorship of 1200 euros to assist him to play in the main tour with the professionals for the next two seasons.

He also gets back to the Emerald Isle with the Peter Ebdon Trophy donated by 2002 World Champion himself.

The Grand Final was refereed by Ingo Schmidt from Germany and Andrew Ivasiv markiing the points.